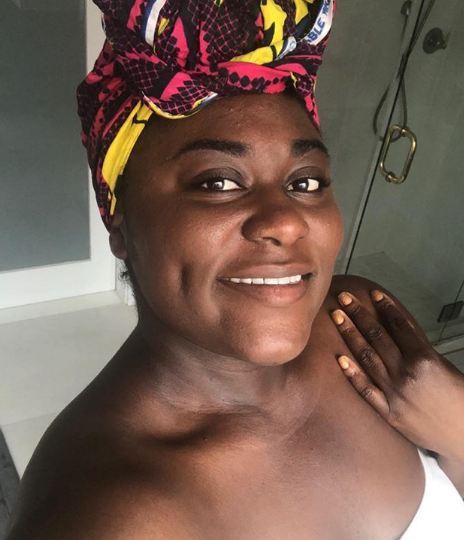 Revealing the joyous news via Instagram, Danielle labeled her newborn “perfect.” Additionally, the beloved actress shared an adorable snap of her daughter.

In a clip from her Netflix show “A Little Pregnant,” Danielle shared her first child’s sex as a girl.

The said clip featured the “Orange Is The New Black” actress walking into her baby shower where the attendees blasted cannons with pink confetti.

The gender reveal came about three months after Danielle announced that she was pregnant.

Danielle shared an Instagram photo of her holding a pregnancy test kit with one hand while cradling her baby bump with the other.

At the time, Danielle revealed that she was five months along.

In both instances, Danielle Brooks opted not to reveal the identity of her baby father.

For fans, Danielle’s reluctance to “protect” her man – or anyone she was dating – from the public eye was nothing new.

Back in February 2018, Danielle shared a snap of her kissing a man on Instagram. Unsurprisingly though, she kept the identity of her assumed boyfriend under the wrap by not tagging him.

The mystery man was later identified as Dennis Gelin. 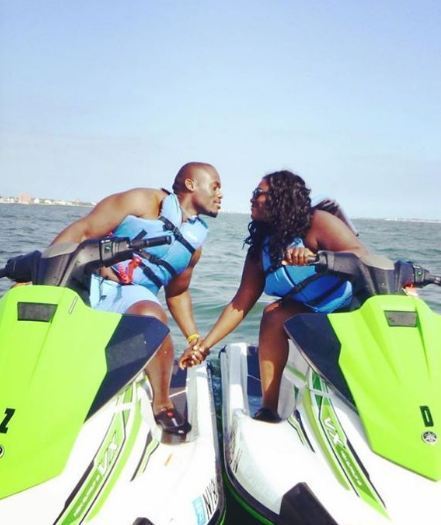 Moments before the year 2020 arrived, Danielle Brooks and her husband hopeful Dennis Gelin got engaged. 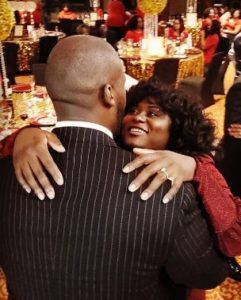 Via an exuberant Instagram post consisting of a clip and a photo, the “Orange Is The New Black” sensation shared the news of the engagement.

In a picture, Danielle flaunted her stunning engagement ring. Meanwhile, the video showcased the engaged duo dancing. An accompanying caption reiterated her excitement over the prospect of getting married.

At the time of their engagement, neither Danielle nor fiance Dennis shared their wedding plans.

Acting since six, Danielle Brooks became a household name by portraying the character Tasha “Taystee” Jefferson on “Orange Is The New Black.”

Her other notable appearances on TV shows include “Master Of None,” “Elena Of Avalor,” “Tangled: The Series,” “Modern Love” and “Girls.”

Elsewhere on the small screen, Danielle flaunts acting credits on movies including “Clemency,” “The Day Shall Come,” and “The Angry Birds Movie.”

Working as a stage actress, Danielle garners performances on “Servant of Two Masters” and “Blacken the Bubble.”

Danielle’s $1 million net worth pales in comparison to her accolades. In 2014, she bagged the “Young Hollywood Award for Breakthrough Actress.” A year later, she took home a “Screen Actors Guild Award.”

Danielle Brooks turned 30 years of age on 17th September 2019. A Virgo by star sign, she celebrates her birthday on the same day as YouTuber Alfie Deyes and Mena Mossad.

A graduate of South Carolina Governor’s School for the Arts & Humanities, Danielle holds a drama degree from Juilliard School.