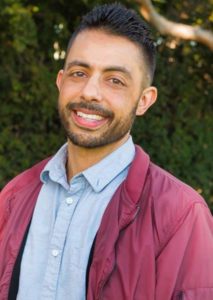 After watching Netflix’s TV series 100 Humans, a question might arise, What is the connection of Comedian (Sammy Obeid) with Social Science experiments? And we have got the answer that you might be looking for.

But before that, scroll down this wiki-style article based on the life of Sammy Obied.

Sammy Obeid was born on 9 February 1984 on a stormy night in Oakland, California. He turned 36 years old in February 2020 while he blew his birthday candles.

When he comes to the zodiac sign, he is Aquarius.

Sammy Obeid and his sister are second-generation immigrants. His father was middle eastern whereas his mother is of Italian descent.

The family boasts Lebanese-Palestinian-Syrian-Italian-American ethnicity. He came from a family of strong educational backgrounds. His aunt Lina was a doctor who sadly passed away in November 2019.

Sammy’s parents celebrated their successful 40 years of being married on 26 February 2020. They were Austin, Texas-native.

After Sammy graduated from UC Berkley, he dropped a bombshell of choosing stand-up comedy as his career path rather than taking the job in google. Though astonished with his decision, his parents did support him.

So, to make his dreams a reality Sammy initiated his career by embarking on a journey to hold a record for 1000 consecutive gigs.

He started the journey performing at San Jose Improv, the day after Christmas in December 2010. The show was called Christmas Hangover. The last show he performed was on 20 September 2013.

As of March 2020, while penning the article, 100 Humans (2020) was the latest project in collaboration with Netflix. He was set to host the show along with  Zainab Johnson and Alie Ward.

Sammy had made a rough sketch for the show back in 2016 which he had titled Show Me The Numbers.

Sammy had pitched the idea of the show to many like Sony Entertainment and 5 other networks including YouTube. All gave him the same answer, a big NO.

But Netflix responded to him with the idea for the show they had in April of 2018. He was called upon to host their show. Surprisingly, Netflix was preparing for the same kind of show Sammy pitched to other stations.

The Netflix star enrolled and graduated with a degree in “Applied Mathematics with Concentration in Probability Theory” or in short, mathematics and business on 19 May 2006. He got a 3.9 GPA at the University of California, Berkeley.

Getting into his social media reach, following the completion of 1001 day streak he was featured in TIME magazine. iTunes titled his comedy album Get Funny or Die Trying as the Best Comedy Album of 2013.

Sammy became the first comedian to perform in The Food Network. He also earned praise from LA Weekly in Performance and Lifestyle. New York Times published an article on him on the day he did his last gig.

Sammy Obeid though had been in several relationships is yet to get married.

Back in 2014, he was dating Nicole Maxali. The couple dated for a brief period until the couple split for no apparent reason. The couple’s last post together dated back in August 2014. 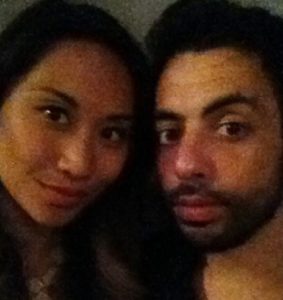 Sammy with his then-girlfriend in 2014 (Pic: Sammy Obeid’s Instagram)

The dating couple was acquainted with each other even before 2012.

On 6 September 2015, Sammy was the best man at his best friend’s wedding. To give an update he took it to his Instagram handle which read,

Told my parents to attend since it might be the only time they see their son at the altar next to a bride.

Sammy made the post with a humorous element added to it. But his caption regarding his possibility of getting married and a wife had a hint of deep embedded hopeless undertone.

But, it’s too early to extrapolate that the post stands true to the life of Sammy in days to come.

Noah Galuten is a chef, an artist, a writer, a food blogger, but more importantly, he is the new husband of a...