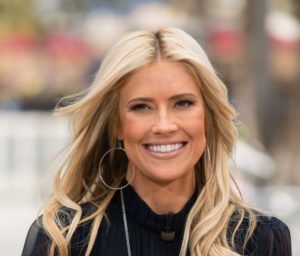 On 6th September 2019, Christina Anstead became a mother for a whopping third time. She and her husband Ant Anstead welcomed their first child — a baby boy named Hudson London Anstead.

At the time of his birth, baby Hudson London weighed seven pounds and seven ounces while stretching 19.5 inches long.

Taking to social media, both Christina and Ant expressed happiness over the baby news. 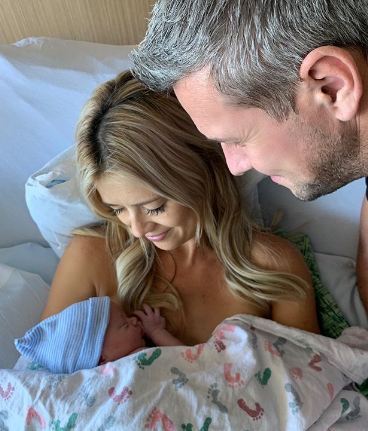 Believe it or not, it was her ex-husband Tarek El Moussa who revealed about Christina and Ant expecting a son.

Married for nine years, Christina and Tarek parted ways in 2018. Together, the former duo share two children: Taylor and Brayden.

As for Ant, the “Wheelers Dealers” co-host fathers two kids – Amelie and Archie – from his previous marriage to Louise Anstead. The former duo divorced in 2017 after 12 years as husband and wife.

Separating from their respective partners, Christina and Ant began dating in October 2017. Little above a year later, they tied the knot at their home in Newport Beach, California.

Only 70 of the duo’s nearest and dearest received invitation to the “winter wonderland”-themed wedding.

A real estate investor-turned-reality star, Christina Anstead is a native of Orange County California. Turning 36 years of age on 6th July 2019, she is sisters with Carly.

While in college, Christina met her future husband Mousa El Tarek. Together, the pair built a real estate empire, before venturing into reality TV.

Starring in “Flip or Flop” and “Christina on the Beach,” the mother-of-three is an HGTV staple. She reportedly flaunts a net worth of $12 million.