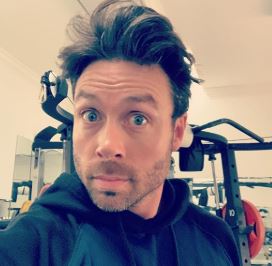 Since its inception, reality television relied on troubled characters to draw viewership. Geoffrey Paschel came from the very line of controversial stars whose checkered past overshadowed their TV career.

Get familiar with Geoffrey’s age, height, dating history, and net worth by taking a stroll through his wiki. Also, learn about the “90 Day Fiance” star’s married status, criminal past and the tragedy he suffered after losing his son.

In 2020, Geoffrey Paschel turned 41 years old. For years, he hid his age. The controversial reality star also refrained from revealing his birthday and date of birth. Admittedly, his secretive nature stemmed from insecurities from within.

Weary about divulging personal details, Geoffrey opts not to speak about his parents and siblings. His academic qualifications evaded public forum. Once he admitted to being a bad person as a child.

Born in the late-70s, Geoffrey is a Caucasian man. However, a deeper dive into his background to full ascertain his precise ethnicity leads nowhere. Yes, he owns an American passport and proudly identifies as a “Country Boy.” Knoxville, Tennessee native is his hometown.

How Tall Is Geoffrey Paschel? Net Worth, Job, 90 Day Fiance

Before gaining notoriety via “90 Day Fiance,” Geoffrey worked as a landlord. Even after the reality TV debut, he continued to hold the job title — managing his properties in Knoxville, Tennessee.

From his property business, Geoffrey grew into a successful man. With the newfound reality TV popularity, he should add more commas to his $800 thousand net worth.

Along with 12 other couples, Geoffrey Paschel and girlfriend Vera were featured on the 2020 installment of “90 Days Fiance: Before The 90 Days.” They met on an international dating site.

According to Geoffrey, he knew Vera — a radio personality — was the one from the get-go. It even explained why he would fly to Russia just to meet her. They were — as he put it — as compatible as the next happy couple. 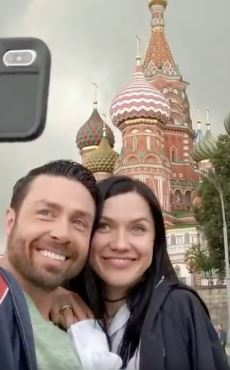 Geoffrey’s dating history before Vera was far from lovely. Back in June 2019, he got arrested for allegedly attacking his then-girlfriend at their shared house. The Knoxville Police Department charged him with aggravated kidnapping, domestic assault, interference with emergency calls and vandalism.

Speaking to Knox News, Geoffrey’s alleged DV victim and girlfriend shared that he bashed her head on the hardwood floor. She then recounted,

“He dragged me through the house by my hair and continued throwing my body into walls and furniture. I know this because of blood on my walls, furniture, etc.”

Geoffrey denied all the charges and claims made by his ex who filed a restraining order against him. The businessman-turned-reality TV star accused her of self-inflicting the wounds. He went as far as to claim that the whole debacle was a ploy by his now-former girlfriend to sabotage his chances in an ongoing child custody battle.

Shortly after the initial arrest, Geoffrey Paschel’s ex-wife filed paperwork asking for the full custody of their four-year-old son Cayvan. A judge presiding over the case gave temporary physical and legal custody of the boy to the mother.

In 2017, Geoffrey had won the full custody of Cayvan and his mysterious former wife to Canada without his permission. At the time, nobody knew when the married duo had split and divorced each other. Talking about the separation, Geoffrey once said:

“My marriage with Cayvan’s mother didn’t work out. It was devastating to me. So many failed marriages made it really hard to trust people again.”

Besides Cayvan, Geoffrey plays single dad to two more sons: Pax and Dakota Paschel. His older two kids were products of a 20-year-old relationship. As of March 2020, he had been married twice.

If his youngest son — and Cayvan baby brother — Khazem had lived, Geoffrey would be a father of four kids today. At one year and a month, Khazem passed away in the hospital after suffering a seizure.