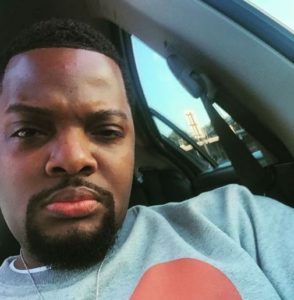 Mal oozes charisma and coolness. Despite being Hip-Hop royalty, he remained a relatively unknown figure for most of his adult life. All that changed with his inclusion in “The Joe Budden Podcast.”

Delve into The Joe Budden Podcast co-host Mal’s wiki to learn more about him!

Mal turned 39 years of age in Fall 2020. A Libra via Sun sign, he celebrates his birthday on 28th September every calendar year.

His real name is Jamil Clay. Growing up, Mal wasn’t privileged enough to see his parents live under the same roof for an extended period. His dad served in the military.

Kareem and Kyambo are the founding members of the now-defunct Hip-Hop conglomerate “Roc-A-Fella Records.” 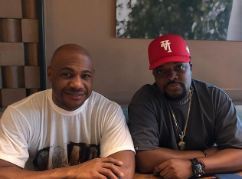 A New York native, Mal grew up in the “project.” His educational background isn’t public knowledge.

Mal joined “The Joe Budden Podcast” as former host Marisa Mendez’s replacement for an episode(77th). The rest, as they say, became history.

Often hounded for not disclosing his job title, Mal is acquaintances with some of the music industry’s biggest names including Drake, Nicki Minaj, Saint JHN, Trey Songz, and many more. Some might even place him at the number 1 spot on the industry list.

A recognized figure among the NBA circuit, Mal is great friends with Brandon Jennings. His friendship with Brandon led to an appearance on “Keeping With The Kardashian.”

Many might not remember but Mal appeared next to Joe Budden on several episodes of “Love & Hip-Hop.”

Standing a little above 5 feet & 9 inches in height, Mal from the Joe Budden Podcast reportedly owns $1.5 million in net worth. Earning from his masterclass ticket sales adds to his ever-so-growing fortune.

As part of one of the best podcasts around, Mal has engaged in multiple kinds of beef with fellow podcasters in the past including the Loud Speaker Network’s Andre Schulz, Charlemagne Tha God, and Mouse Jones.

In 2019, Mal was involved in a war of words with battle rapper Charlie Clips.

Appearing as a guest, Mal boasts appearances on the itsthereal podcast and Whoreible Decision hosted by WeezyWTF and Mandii B.

In the beef between his co-hosts, Mal took Rory’s side. The turmoil exploded in May 2021, leading fans to believe he and Rory had already exited the podcast. In one of his heated rants following the dismantle, Joe claimed Mal hid detergent when they were living together.

Notorious for leading a low-key dating life, Mal doesn’t boast a lengthy list of girlfriends. To his wife hopefuls, it only adds to Mal’s mystique.

For his part, Mal goes up and beyond to maintain his playboy persona — on or off the mic. With a very narrow outlook on dating, he opts not to be – in his own words – a “simp.”

When the news of Kash Doll and Pardison Fontaine dating hit the news in 2019, Mal jokingly hated romance. Weeks before, the “For Everybody” hitmaker was slotted to appear on “The Joe Budden Podcast.”

Together with Mandii B, WeezyWTF skyrocketed to fame as the co-hosts of the rebellious and controversial...