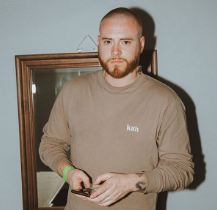 Based in New Jersey, Rory dons several hats. In addition to being a successful event manager, he is also an esteemed music executive. As things stand, he gets best recognized as one-fourth of “The Joe Budden Podcast.”

Born in 1990 in New Jersey, Rory turned 31 years of age on 4th May 2021. Courtesy of the Zodiac sign, he is a Taurus and celebrates his birthday on the same day as Rex Orange County does.

Hailing from a loving family, Rory allegedly isn’t his biological parents’ only child. Reportedly, his father and mother are no longer together.

With regards to his built, Rory doesn’t stand taller than 5 feet and 9 inches in height.

With only a semester between him and a Bachelor’s degree in Communication & Media Studies, Rory dropped out.

As a college student, Rory competed in Division 1 Indoor/Outdoor Track and Field tournaments. He was also a Kappa Alpha Psi member.

Combining his earnings from all the stated endeavors, Rory from the Joe Budden Podcast reportedly flaunts $1.5 million in net worth.

Rory sharpened his executive skills while interning for Island Def Jam. Between 2010 and 2012, he was under the tutelage of Sha Money XL and Leor Cohen at Def Jam.

From November 2011 to August 2014, Rory served as By Any Means Marketing LLC’s manager. For a month in late-2014, he was MTV Network’s coordinator.

Rory joined Havas Sports & Entertainment as its “social producer” in March 2015. He left the job in August 2017.

Beyond his co-hosting gig with The Joe Budden Podcast, Rory also acts as the general manager of D’usse Palooza — a cross-country fun-filled party series.

In May 2021, Rory co-host Joe Budden fired on air. In the weeks leading up to the decision, the former friends had engaged in a public passive-aggressive feud. While Rory refrained from immediately sharing his side of the story, Joe accused him of trying to audit the books. Joe also insisted that Rory was overpaid.

Unlike his fellow co-hosts/friends Mal and Joe Budden, Rory is known for being faithful to his girlfriend-turned-fiancee Sam. 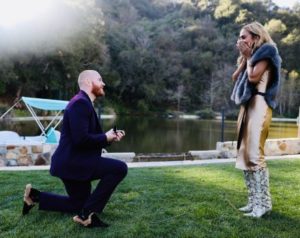 At the 2019 Roc Nation brunch bash, Rory had popped the big question to then-girlfriend Sam. By then, they were dating for several years already.

The engaged duo, at the time, didn’t comment on where their wedding would take place. Neither did they speak on when they would prefer to get married.

To those unfamiliar, Rory’s wife prospect Sam is of Guyanese descent.

As of mid-May 2021, Rory had 138k followers on Twitter @thisisrory. Meanwhile, around 203k fans followed him on IG @thisisrory.

In June 2017, Rory appeared on the beloved itsthereal podcast co-hosted by Eric and Jeff Rosenthal.

Back in 2018, Rory was beefing with DJ Envy after he commented on the Breakfast Club personnel’s marriage.