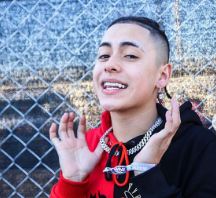 Suigeneris grew popular during the heyday of the so-called “Soundcloud rap.” Uploaded in 2017, the Hip-Hop artist’s first single titled “Pull Up” garnered million plays on the said music-sharing platform.

Uncover Suigeneris dating history, net worth and government name by taking a slow breeze through her bio which is formatted in wiki-like profile!

On 23rd July 2019, Suigeneris turned 16 years in age. Celebrating his birthday on the very day as David Dobrik, he flaunts a Leo star sign.

Like many rappers, Suigeneris prefers not to disclose his real name. The same level of anonymity extends to the details about his biological siblings and parents.

By his admission, Suigeneris grew up listening to various Hip-Hop icons from different eras including Tupac, Future, Young Thug, Kanye West, and Migos.

After “Pull Up” gained viral status, Suigeneris dropped a plethora of chart-topping songs such as “Blank,” “Nevaland,” “Let You Go,” “Now,” “How I Feel” and many more.

Regarding net worth: Suigeneris boasts $200k+ fortune. Beyond the income from streaming services, the merch sales constitutes a large portion of his wealth.

A beloved figure across all of the internet, Suigeneris garnered 577k followers on Instagram and 142k subscribers on YouTube (As of December 2019). 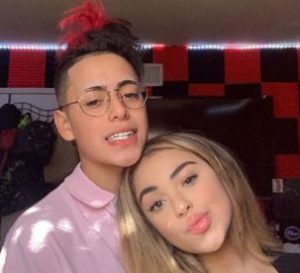 To those in the dark: Devenity – an Internet star-turned-actress – gets best recognized for her roles on “Gina’s Journey” and “Total Eclipse.”

Suigeneris and now-former girlfriend Devenity commenced dating in April 2019. The lovebirds didn’t take much time to become an Instagram’s favorite couple. While together, they packed PDA on the social media platform.

To fans’ displeasure, Suigeneris and then-girlfriend Devenity confirmed their split in September 2019 via Instagram. At the time, they had been dating for six months.

Devenity Perkins How I Feel Pull Up Suinami The Cheat Code