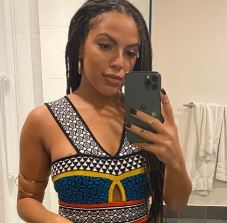 Together with Mandii B, WeezyWTF skyrocketed to fame as the co-hosts of the rebellious and controversial podcast called “Whorible Decisions.”

In his 2018 Vice piece, journalist/cultural critic Wilbert L. Cooper described WeezyWTF and Mandii B’s show as “the Raciest, Rawest Podcast on the Internet.”

Get to know WeezyWTF’s wiki information including her dating history, family background, and net worth by tagging along!

In March 2019, WeezyWTF turned 28 years of age. The beloved techie-turned-podcaster reportedly celebrates her birthday on 17th March every calendar year.

According to reports online, WeezyWTF was born in the year 1991 to well-to-do, mixed-racial parents — an African-American mother and an Israeli, Jewish father.

Despite being a mixed child, WeezyWTF embraces her black side more than her white.  Additionally, she refrains from sharing her real name with the masses, and rightfully so. 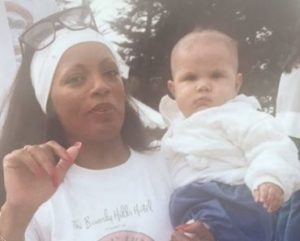 Raised in Orlando, WeezyWTF had an opulent childhood. Her dad owned tourist shops and a chain of camera stores. Papa Weezy was also a big player in the stock market.

Mandii B once described WeezyWTF’s lair as the “biggest house in the neighborhood.”

But then came the great stock crash of the late-2000s. Post-recession, WeezyWTF’s father suffered a stroke. Having lost everything, her homemaker mom enters the workforce to support the family.

Following high school, WeezyWTF attended a community college but dropped out to financially help her parents.

Working in a retail job, WeezyWTF climbed the corporate ladder. The telecom brand she worked for eventually shipped her from Flordia to New York. By then, she was making six-figures.

WeezyWTF’s move to New York rekindled her friendship with Mandii B. Around 2017, the frenemies began recording “Whoreible Decisions.”

By 2018, the Whoreible Decisions Podcast had become part of the Loud Speaker’s Network. They were also selling out shows.

Come to the end of 2019, WeezyWTF and Mandii B had quit their regular job. That year, the duo’s podcast reportedly made 250k.

As of February 2020, the “Whoreible Decisions” podcast had 1,566 patrons. A subscription to its Patreon content would cost the keen fans anywhere from $2 to $15.

From the podcasting empire, WeezyWTF reportedly has $150k+ net worth.

WeezyWTF is very open about her plastic surgery. She had her boobs done — a fact she continued to own during the episodes of “Whoreible Decisions” podcast.

WeezyWTF is proud of her bisexual identity. Unlike her co-host/friend Mandii B, she admittedly didn’t mind crossing the racial boundary in search of a fit partner.

Of all the “boyfriends” chronicled on the episodes of “Whoreible Decisions,” none became more popular than “Jeebs” and “Old Bae.” She also shot her shots with fellow Loud Speaker Network personalities Charlamagne Tha God and Andre Schulz.

Moving on to the girlfriends: WeezyWTF – by her admission – was heed over heels for a female lover, who was aptly named “Scissors.”