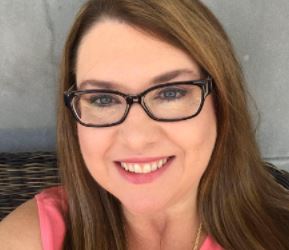 The mother/daughter relationship reality series, sMothered season 3 is here; and three new pairs — Amy and Carina, Karla and Rykia, and especially Lisa Kimball and her daughter Lauren Reese, were garnering a lot of attention.

Moreover, the teaser where Lisa artificially inseminated her daughter, confirmed to the fans that the duo’s story was going to be even crazier than it seemed in the trailer.

So, let’s take a look at the mother/daughter pair’s personal life, one at a time. Over this Lisa Kimball wiki, learn all there is to know about the mother.

As per her birthday, Lisa is of the Pisces zodiac.

Lisa Kimball’s maiden name is Lisa “Perrone”.  She was born to parents, Robert and Joyce Marie Berry Perrone. Unfortunately, her dad Robert passed away on October 2, 2019, at the age of 66.

As for Lisa’s mother Joyce, she was doing well before 2021. She misses her husband dearly; after all, they were married for 41 years years.

Also, Lisa often took it to her socials to share how much she missed her father. Over one of her post, she wrote, “

“I wish heaven had a phone so I could hear your voice again. Your memory is a keepsake, from which I’ll never part. God has you in his arms. I have you in my heart”

Talking about her siblings, Lisa has a brother named Christopher A. Perrone, and a sister, Meghan E. Perrone.

Mentioning her distinct features, her eyes have a hint of blue, and she often wore glasses over them.

Lisa Kimball seemed to be pretty wealthy. If you follow her over socials then you might have seen her gifting a Jeep to her daughter, or decorating her foyer with expensive materials. So what does she do?

Well, she seemed to be involved alongside her husband with BOE-TEL Communications. She was listed as a member of the company while her husband was a managing director. Just in case you want to know, BOE-TEL is a woman-owned telecommunications cable and wire company specializing in the installation and design, as well as maintenance, of structured cabling solutions.

Aside from that, without a doubt, Lisa is a reality star. Debuting on sMothered season 3, she has become quite popular amongst the show’s fans. Featured alongside two new mother/daughter pairs, and three recurring casts — Sunhe and Angelica. Kathy and Cristina, and Dawn and Cher — Lisa and daughter perhaps added the tastiest flavor to the drama party.

Trivia: Lisa was obsessed with everything DIY. Back in 2015, she made a jewelry organizer bulletin board but too big to hang in her closet. Thus, she had to hang it on the wall behind her master bedroom door.

As of 2021, Lisa Kimball was still married to her husband Kenny Kimball for over 33 years. 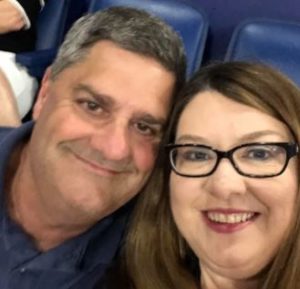 Her husband, Kenny (born: March 4, 1967) is a Metairie, Louisiana native who worked as a managing director at BOE-TEL Communications. Reportedly, he joined the company back in Jan 1986 and was working there for over 35 years.

In light of his education, Kenny is a Lousiana State University graduate. Later, he also went on to get a license from BICSI-RCDD in Sept 2009 with no expiration date.

Lisa and her husband celebrated their wedding anniversary on 10 October 2020. Also, they welcomed a new addition to their family — A mini dachshund named Sammy

How Many Kids Does Lisa Kimball Have?

Lisa Kimball has at least two kids. While you might know her daughter Lauren Reese from sMothered, her other daughter Kayla Kimball remained out of the spotlight.

As of 2021, 30-year-old Kayla (birthday: August 1) was busy preparing her wedding plans with her fiancee, Thomas Ryan. The two previously got engaged on September 6, 2020.

Just in case you are not here from sMothered, Lisa and her daughter Lauren have an unusual relationship; that even their family thinks is “too much”. They believe they were put on Earth for one another and Lisa is even going as far as to help Lauren even get pregnant in 2021. But on the other hand, Lauren’s partner didn’t seem to be happy about the whole thing.

According to Lisa, she admits that the process of helping Lauren with the insemination kit was “a little awkward”, but she also emphasized, “she’s my daughter, I know just about everything about her.”