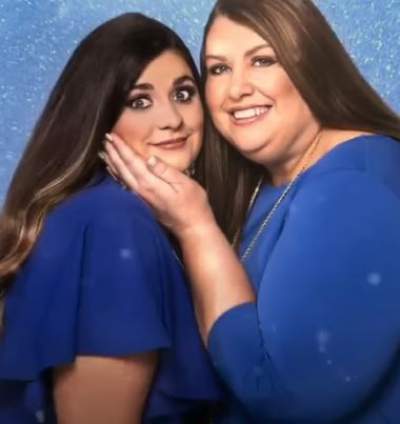 TLC’s sMothered returned for the third season on May 31, 2021, with more moms and daughters pair with outrageously close bonds.

Among them are Lisa Kimball and Lauren Kimball Reese who with two other brand-new moms and daughters joins several returning pairs from previous seasons (including Sunhe and Angelica).

Meanwhile, below is this Lauren Kimball Reese wiki concerning everything you need to know about Lisa’s daughter.

Lauren Kimball Reese reached the age of 29 in May 2021. Also, 28th May reportedly marks her birthday.

Lauren Kimball Reese’s father is Kenny Kimball. He is originally from Metairie, Louisiana and even today he continues to call the place his home.

The patriarch is a general manager at BOE-TEL Communications LLC. He started in the company as an operations manager in Jan. 1986. The same year, he was promoted to the position of vice-president and has been performing accordingly for a three-and-a-half decade.

Both Lauren and her mother Lisa seem to have a good relationship with Kenny. On his birthday (in March) 2020, Lauren expressed how blessed she is, to have him as her father. In her words,

“Words can’t express how lucky I feel to have been raised by a man who cares for his family as much as you do. Even when I may have upset you, or disappointed you in my teenage years – I’ve never had to question your love for me. Mawmaw may have been the glue that kept us all together but now it’s you. You mean the world to your little girl and I never want you to forget it. I love you ❤️”

Lauren also shared a special relationship with her late grandmother who suffered from Alzheimer’s. She was still around to celebrate her 53rd year of marriage anniversary with her husband. Back then, Lauren had said, her ‘Mawmaw and Pawpaw’ are officially the old married couple that everyone talked about being.

Lauren also shared how she and Laura laughed out loud at their stories about growing. They also wrote down as many of their recipes, the folks were willing to give them.

Lauren Kimball Reese, with an elephant and purple balloon tattoo (in memory of her grandmother) and (temp) neck tattoo, stands below 5′ 6″ in height.

Lauren Kimball Reese— a self-proclaimed doppelganger of Meghan Trainor’s— could be spotted on Instagram, Facebook as well as TikTok.

Lauren regularly updates on the happenings from her every day on social media. Of which we learned, in July 2020, after Laura, her wife, was tested positive for Covid-19, both she and Laura were quarantined with the symptoms of fever, body aches, chills. Luckily, they recovered with time. And a year before they sold their first house in Mandeville, to begin with, the building process of their new home in Los Angeles.

On June 1st, 2020, Lauren Kimball Reese accepted her position of finance relationship consultant at Regions intending to plant her roots and grow within the company.

Previously, Lauren used to be a member of a sorority in college and it seems she went to the University of Central Florida. And back in 2015, she also interned at Disney.

Lauren Kimball Reese married her wife, Laura Leigh on Feb. 24, 2018. Ever since they continued to live together. But even this does not stop Lauren from having regular sleepovers with mom Lisa. Lauren sleeps at her mom’s house once or twice every week.

“We just can never spend enough time together. I could be at my momma’s house for 10 hours, and then as soon as I get in the car, I call her because I forgot to tell her something.”

The reality show also had documented Lisa helping Lauren get pregnant with the home (artificial) insemination kit. (This time however even Lisa was “a little awkward at first”.)

To all this, Lauren’s wife Laura, age 35 as of June 2021, has been a little skeptical but altogether she is understanding. Dubbed “tolerant” by Lauren, Laura definitely thinks the bonding to be odd, but she also knows how close the mother-daughter is.

Still, however, Lauren admitted the rest of her friends and family are always telling them that their relationship is “too much” or that Lauren is not independent and depends too much on her mom. Even so, Lauren says, she would “rather love out loud than hold back.”

Season 3 of sMothered also features Rykia Lewis, 26, and her mom Karla McCoy, 44. They are the Jacksonville, Alabama-based pair who have been introduced in the show as the mother-daughter who even don’t mind doing each other bikini waxes all the while maintaining the “share everything” attitude.

So, when the show premiered, Rykia let it out that she has actually been a surrogate mom.

And learning about Lauren and her wife’s struggles for baby (for two years) fans had been wondering if Rykia could become a surrogate for the couple.

Also, Starcasm came up with the theory that Rykia, who finds carrying a child for another person greatly “rewarding”, may be the surrogate mother of Lauren’s child in the forthcoming episodes.

Meanwhile, Lauren already has a 10-year-old goddaughter to dot on.