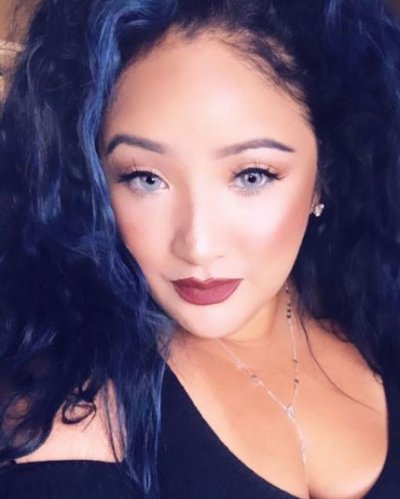 A mother and daughter share a special bond but how close is too close?

TLC launched the reality television show sMothered based upon the very concept. Mothers and daughters starring in the show indeed share the tightly-knitted bonds. They do everything— from showering together to getting surgeries at the same time.

Angelica Michaux and her mother Sunhe were one of the six pairs starring in the first and the second season of the series. They also returned for the third season.

Keep reading and find out to what extent this specific parent-child duo is close? At the same time, we carefully explain to you the wiki, personal life, and career of the daughter from this pair, Angelica.

Angelica Michaux grew up celebrating her birthday every year on the 17th of June. Based on this fact, one can say her zodiac sign is Gemini. And, in 2020 she turned 33 years old.

Ever since Angelica Michaux and her mother became part of the show people wanted to know all about the part of their personal life they were not sharing. 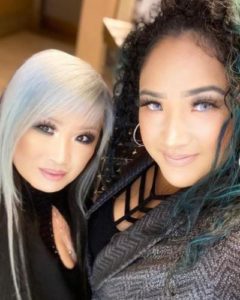 Angelica and her mother Sunhe on an outing to enjoy some old school R&B circa 2020’s February (PIC: Sunhe&Angelica’s IG)

As a result, there is quite some fan fiction especially in regards to their last name, and Angelica’s father i.e. Sunhe’s husband.

Be that as it may, Angelica’s biological father is believed to be bi-racial or African. And so, Angelica must have inherited a blend of Korean and biracial/African ethnicity from her mother and father, respectively.

The idiom: like mother like daughter, applies so well to Angelica and her gorgeous and young-looking mother.

The pair seemingly share this hobby of dolling up. Many a time, they share in their social media, their selfies, dressed up and looking like sisters.

Angelica Michaux, standing to a height of 5 feet 7 inches and weighing 65 kg, shares the alike smile and nose with her mother. And although the eye color did not match— they resonated a similar kind of spark.

This may have something to do with their “unusual” closeness. Angelica and Sunhe, who are 20 years apart, share a bed.

Angelica Michaux enjoyed 22.5 thousand followers on her Instagram account @angelica100_k until the 2nd of June 2021. Her joint account with her mother @bigspoonlittlespoon1, meanwhile, had around 11.9 thousand followers

Further, she had a few more than eight hundred people following her on Facebook. While she seemed absent on other trending social platforms like Twitter, Snapchat, and TikTok.

Angelica Michaux who comes off as an educated person in the episodes of sMothered was yet to narrate to her audience the job she served for a living.

Also, Angelica had relocated to Virginia for her college.

While for net worth, Angelica reportedly hoarded a sum of $150 thousand.

Angelica and her mother are also available on Cameo.

In the Season 2 episodes of sMothered, viewers saw how Angelica’s relationship with her mother almost cost them both their respective dating life.

In the finale of the first season of the show, Angelica’s long-time beau Jason Ihle had proposed Angelica. But her mother Sunhe derailed Jason in the process because he was still legally married to his estranged spouse, Vivianna.

And when the second season premiered on the 24th of May 2020, Sunhe was insistent that Jason should get a divorce before considering marriage with Angelica. 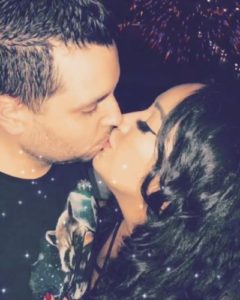 Angelica and Jason, from Las Vegas, Nevada, wished everyone a 4th of July (PIC: Angelica’s IG)

Meanwhile, in the 19th July 2020 episode, Sunhe was excited that Angelica and Jason were preparing to go on vacation. She even toasted the two to good health.

And when a producer asked Angelica about the journey during her interview confessional, she admitted that she had something important to tell Jason. Her exact words were:

“I’m excited, but I don’t know. I don’t know. I’m a little sad because I have a secret, and my mom is the only one that knows what’s going on right now. She knows everything. I’m not sure when I’ll tell Jason. I don’t want to mess up our vacation. Maybe I’ll tell him after? This is something that’s huge. I don’t know how to tell him when to tell him. I’m just getting really stressed out about it.”

The episode ended before Angelica could unveil her secret. And this led to people discussing what exactly it could. Most of the fans who took to social media to discuss the matter suspected if Angelica was pregnant.

True to the speculations, Angelica and Jason welcomed their baby daughter in June 2020. They named their bundle of joy Amara.

In addition to the baby bliss, they also got engaged. Although some eagle-eyed fans noticed Angelica rocking a ring around November 2020, they hadn’t married as of June 2021.