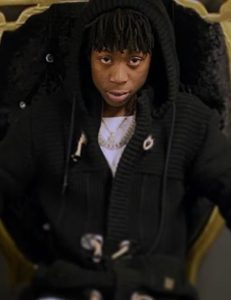 According to 31st May 2021 reports, Dallas rapper Lil Loaded passed away. Ashkan Mehryari, the attorney for the musician, confirmed the tragic news. At the time, Ashkan didn’t give out a cause of death.

The death arrived a day before Lil Loaded was set to appear in court for an admonishment hearing for the alleged murder of Khalia Walker, the rapper’s 18-year-old friend. Back in November 2020, he had turned himself to the authorities. March following year, he was indicted for manslaughter.

Lil Loaded was known for that raw element which his music housed. The contagious realness and a heavy voice that he rapped with earned him millions of views on his YouTube channel.

The Dallas-based rapper was best known for the song titled 6locc 6a6y earning him contracts from renowned record labels such as Warner Bros.

This Lil Loaded wiki explores the career as a rapper and the personal life of the rapper. So delve in!

Lil Loaded was born on 1 August 2000 in Dallas, Texas. The young rapper turned 20 years old while celebrating his birthday in 2020. According to his date of birth, he was a Leo by zodiac sign.

Lil Loaded was born as Deshawn Robertson (his real name) to his parents in California, the United States.

While his mother starred once on his Instagram, his father only was mentioned in a few of his songs. His family moved out of California to Dallas, Texas when he was 10 years old.

The Avatar rapper lived back and forth between Cali and Dallas, as he mentioned to Complex. No further details on Lil Loaded’s family could be discovered.

Per sources online, Lil Loaded had over $300K net worth.

The Thuggin Wit Me hitmaker grew up listening to several rappers. But mostly, he listened to Bone Thugs-N-Harmony, Snoop Dogg, Tupac, Chief Keef, and Rich Homie Quan. Loaded cited them and the town he grew up in molded his sound.

Lil loaded started his career as a rapper with a song titled B.O.S. The song was well-received by all. As of April 2020, the song has over 244k views on YouTube. Following that he released another song titled Pacc In, but the song wasn’t able to perform as well as the first did.

And finally, he came with a breakout song of his titled 6locc 6a6y.  The single which reminded the listeners of the rapper Chief Keef had the same raw street life element to it. The video for the song was shot in the neighborhood he was living in Dallas.

In the interview with the Complex, he reflected on the day the video was shot saying,

“During the video, fights was breaking out and shit. You feel it. You feel the real energy. That’s really what was going on. That was regular day in the hood.”

The song has over 11 million views within 8 months of its release.

Gang Unit, Opps On Fire, 6acc on the 6locc, and Out My Body were some of the well-to-do songs that saw commercial success and garnered millions of views on YouTube.

Moreover, Lil Loaded released his first mixtape titled 6locc 6a6y on 6 December 2019. He then dropped two projects called CRIPTAPE and A DEMON IN 6LUE in 2020.

And as for his name stage name, when asked how his name came about, he reflected on it saying he used to frequent the basketball court with a pistol in his backpack. And he proudly added, for that everybody called him Lil Loaded.

In the same way, his YouTube account had grown to an attractive number of subscribers of 777k+ as of June 2021.

In February of 2020, Lil Loaded was getting cozy with a female on his Instagram. All the fans assumed the anonymous girl to be his girlfriend. 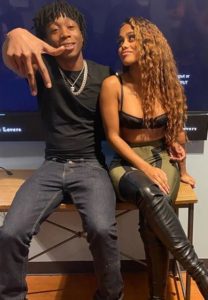 However, as it turned out, the girl was none other than a fellow female rapper @Pettylevels.

But as it turned out, they were connected professionally and were doing music together for their next project. Besides that, no social media account records of him being spotted with a girlfriend prospect.

No public records ever housed the details of him having kids and baby mama. So, until he confirmed his relationship status, many concluded that the rapper was leading a single life of a Dallas-Crip member.

Tadoe — as known as Tadoe Da Savage — hit the limelight as the “GloGang” artist. Beyond his...

Of all the pioneer figures known for establishing a new sub-genre for hip hop named Brooklyn Drill, Sheff G...