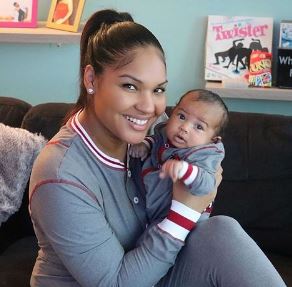 Deleesa St. Agathe was a unique cast in Netflix’s The Circle US. And she took help from all of the family members (daughter and husband) to win the show. But unlike others, she stole her husband’s persona to mix it up and spice it up. Delessa managed to win it all, defeating Chloe Veitch in the finale.

Scroll down this Deleesa aka Trevor wiki to learn about The Circle US Season 2 winner.

Deleesa aka Trevor was born in 1988 which made her 33 years old. Moreover, she celebrates her birthday every year on 15 April. Furthermore, The Circle star owned Aries as her zodiac sign.

Deleesa aka Trevor, real name Deleesa Carrasquillo, was born to her father Abel Carrasquillo and her mother Robyne Heath-Carrasquillo.

More about Delessa’s parents: Her Puerto Rican father attended City University of New York- Herbert H Lehman College. Abel worked as a Public Health Inspector at the NYC Department of Health and Mental Hygiene. Later on, he founded Carrasquillo Food Safety Consultants in July of 2019. As for Delessa’s African-American mother, she worked as a midwife at Woodhull Medical Center/NYU School of Medicine.

Talking about her siblings, Delessa has two. She has a sister named Savanah Carrasquillo and an anonymous brother.

According to BACKSTAGE, Deleesa aka Trevor stands tall at a height of 5 feet 7 inches (1.70 meters). Also, she weighed about 73 kilograms (160 lbs) at the time of this writing.

Furthermore, she has dark brown hair and brown eyes which happens to be her distinct features. She is also blessed with stunning measurements of 37-26-38 inches.

Coming to Deleesa AKA Trevor’s social media reach, her Instagram account garnered 330K followers on her Instagram. She posted a total of 941 posts as of 1st June 2021. Furthermore, she followed around 800 people on the platform.

She made 4.9K funny tweets on her profile which also hinted at her humorous side on her Twitter with 10.3K followers. However, Deleesa couldn’t be located on Facebook and probably doesn’t own an account on that platform.

First off, Deleesa made herself known as an Instagram model. Having both parents who attended college and graduated to serve as a health worker, she took a different route. She decided to make good use of her photogenic appearance and decided to pursue modeling.

Moreover, Deleesa aka Trevor also turned into a lifestyle blogger. Her Instagram is filled with snaps and posts from her travels. She also took international trips all over and documented them on her Instagram.

Furthermore, Deleesa created an online store titled Be Unique Shoppe. The store provides clothes, nails, lashes, hair, pajamas, and other accessories. But ever since she had a kid, she spent most of her time taking care of her making her a ‘Mompreneur’.

On top of that, Deleesa was also on the verge of making it as a social media influencer. The impressive number of social media followers supported her dreams. This further helped her promote her own product in the store.

Deleesa created a YouTube channel and posted her first video in April of 2017. She created YouTube challenges videos, travel vlogs, and makeup tutorials. Her channel earned more than 25.5k subscribers.

Then Deleesa aka Trevor debuted her career as a reality star in Netflix’s The Circle US. But what was different about her was she decided to enter the show as her husband Trevor. Besides, she decided to make her husband a single father to flirt with potential mates to gain popularity.

Meanwhile, being able to afford the lifestyle that she does plus vacations from time to time, Deleesa should have a net worth of at least $300 thousand.

After dating each other for 9 years, the couple got engaged in August of 2016. Deleesa publicly shared her engagement on her Instagram where she wrote,

“With 9 years of life lessons that shaped us into the people we needed to become ….we are finally ready to Tie the Knot!💕 I get to marry my Best Friend .. A man has been there through Thick & Thin..has NEVER given up on me..endured my weirdness😜..has done anything to see a smile on my face and of course, LOVES ME infinitely..as I love him so much also…it was literally the Best Moment of my life. ❤️❤️❤️.. My Happily Ever After has begun ☺️💍#blessed #blackloveexists#itsthesaints

Deleesa and her husband, Trevor tied the knots on 29 June 2018. She compared her wedding to a Black Love movie and showed appreciation towards people who joined them on the happiest days of their life. 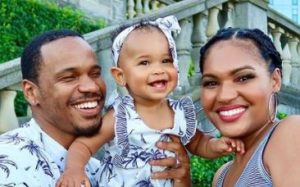 DeLessa with her husband, Trevor St. Agathe with their kid, Toni (Source: Instagram)

On 1 September 2019, Deleesa and Trevor welcomed their child Toni Abella. Before that, she had posted several pregnancy posts alone and with her husband. She also updated her followers with baby details from time to time.

The same week The Circle Season 2 finale, Delessa announced she and her husband were expecting their second child. Speaking to PEOPLE, she revealed she was pregnant while filming the show.

In late May 2021, Delessa gave birth to their second child, a baby daughter named Tori Sky. Sharing photos of their newborn on IG, the reality star wrote— “Welcome to the world Tori Sky… We needed you more than you’d ever know.”

Talking about Deleesa’s husband, Trevor St. Agathe is a self-titled hope dealer. He graduated with MS and CSCS degree.