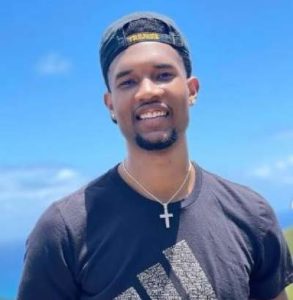 Evan Mobley just has his warm welcoming at Cleveland Cavaliers late in July 2021.

The American professional basketball player was selected the #3 overall pick by the Cleveland Cavaliers in the 2021 NBA draft.

Now, while Evan is looking forward to his “great dynamic duo” with all his new teammates, here’s all you have been curious about him. The writing below mostly covers Evan Mobley’s girlfriend, wife, baby mama, and net worth-related topics.

Evan’s dad Eric Mobley is on Instagram @emobley15. The patriarch is a director/coach of Triple Threat, which is a non-profit youth basketball program that was established in 2007. Eric, meanwhile, joined in 2016.

Eric was in his third season as an assistant men’s basketball coach at USC, when he was named to the position by head coach Andy Enfield on March 24, 2018.

Until the age of 52 as of Nov. 2020, Eric coached various AAU programs during the past 11 years, He coached the AAU Compton Magic 16-and-Under team for three years before joining USC. Also, before joining the Trojans, he traveled with the Compton Magic to China where he put on coaching clinics and hosted player camps.

Eric also is involved in various ministry works, feeding the homeless and the Salvation Army.

He and his wife Nicol (Nicholas) Mobley are the parents of Evan and his brother.

The couple also served as foster parents for five years to several teens who are now adults. Lately, they were serving as a host family for a Chinese student, Johnny, who was going to high school in America late in 2020.

More about Evan’s mom — she is a former teacher at San Diego Unified School District. She studied at CSU Northridge and went to Mt. Carmel High. As of now, she lived in Murrieta, California.

Nicol and Eric have always been concerned and supportive of their boys’ personal and professional endeavors. In addition to realizing Evan was different from the other kids, they have also later told him not to pay attention to the rankings and do his job well anyway.

When Evan was a freshman on USC’s team, his older brother Isaiah was a sophomore also at USC.

Isaiah is currently (2021) an American college basketball player for the USC Trojans of the Pac-12 Conference. At one time in high school, he was projected to be the second pick of the 2020 NBA Draft.

Both siblings began playing basketball from an early age under the guidance of their father.

Evan was initially hesitant but became more interested in the sport in eighth grade after his height struck 6′ 4″.

Also, both Evan and Isiah are proud of each other’s achievements.

Evan Mobley did not seem to be related to Cuttino Mobley in any way. Cuttino, if you do not already know, is an American former professional basketball player who played from 1998 to 2008 in the NBA.

But the two-times gold medalist had 95K followers on his Instagram @evanmobley4.

He also enjoyed 16.6K followers on his Twitter @evanmobley.

Evan Mobley already had above an estimated $17 million net worth (before July 2021).

We know, the NBA’s rookie wage scale follows the rule — the higher a player is drafted, the more lucrative their overall contracts are.

Further, ahead of the NBA draft, Evan also joined Jalen Green and Sharife Cooper as prospects to ink deals with Adidas.

With the NBA draft approaching, more apparel companies have been working hard to finalize agreements with prospects like Evan.

Until the time of this writing, Evan Mobley had never been married. So, clearly, he did not have a wife.

But the intel to ‘if he has a girlfriend’ remained a mystery to us and everyone at this point. Because not even his social media provided any insight into his romantic life.

But still, an unverified Facebook page that resembles to be his cited his relationship status as ‘single’.

Does Evan Mobley Have A Baby Mama?

At the time, Evan seemed more focused on terrorizing the league he just joined.