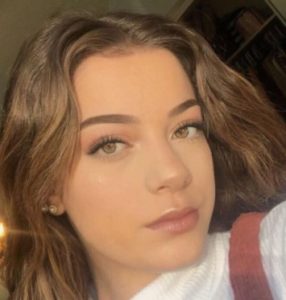 The stories of mafia families have always intrigued people. Films and TV shows like the Godfather trilogy and The Sopranos have done played a great part in quenching people’s hunger for mafia stories.

If you think you still have the hunger left for more mafia stories, then be prepared to make your day with a daily dose of MTV‘s reality TV show Families of the Mafia.

Families of the Mafia, whose 2nd season premiered on July 15, 2021, tells the stories of five mafia families, namely The Gravanos, The O’ Tooles, The LaRoccas, The Cutolos, and The Neyfelds. Today, we will be talking about the daughter of the current patriarch of the Cutolos over this Layla Cutolo wiki. Learn about Layla’s role in Families of the Mafia along with her age, net worth, and husband info.

Layla Cutolo On Families Of The Mafia

Layla appeared in the 2nd season of Families of The Mafia alongside her dad Billy Cutolo Jr and her sibling Bills Cutolo.

The show focused on their family’s journey of trying to escape the mafia world and returning to normal life. Families of The Mafia also discovered Layla and her family members’ journey as part of the witness protection program.

Layla Cutolo was 20 years of age in July 2021, 4 years younger than her sibling Bills Cutolo. Information on her birthday was not available as of this writing. As a result, her zodiac sign could not be figured out.

To talk about her family, Layla is one of the three kids of her parents, Billy Cutolo Jr (father), and an unknown mom. Her dad is the current head of The Cutolos after her granddad William Cutolo passed away.

Her granddad was a Brooklyn mobster and was known by the name of Billy Fingers and Wild Bill of the Colombo crime family. On May 26, 1999, William went missing. Layla’s dad Billy Cutolo Jr. found out that his dad was murdered in the mob hit planned by crime moguls Thomas Gioeli and Alphonse Persico.

Layla’s dad once revealed that he had considered killing his father’s murderers but he did not do so because his dad believed rotting in the prison is the worst kind of death. Instead, he helped police put those mob bosses in jail.

As of July 2021, information about Layla’s mom was unavailable. We even don’t know if her mom will appear in the coming episodes of Families of the Mafia.

Other than her parents, Layla also has two siblings. One of them is Bills Cutolo. Bills identify as non-binary and use they/them/their pronouns.

About Bills, they attended the University of California Los Angeles for education. They work as portrait, editorial, and behind-the-scenes photographers.

There was no information available about Layla’s second sibling as of this writing.

Layla Cutolo stands at an average height of 5 feet 5 inches (1.65 meters) and weighs no more than 54 kilograms. In all of her IG pictures, she looks gorgeous added by her brown eyes and hair.

As of July 2021, Layla could only be found on Instagram. She had 978 followers on her @laylacutolo IG account.

As of this writing, we did not know which university did she join for her undergraduate studies.

Layla Cutolo’s net worth was estimated to be around $100 thousand as of this writing.

As of July 2021, her job details were not available.

Coming to Layla Cutolo’s dating life, she did have a boyfriend whose IG name is Solo Dol; we don’t know if it’s his real name.

Reportedly, the pair began dating while both of them were in high school. Layla’s rumored boyfriend is a basketball player.

You can check out some of her pictures by visiting Layla’s IG handle. On January 3, 2021, Layla uploaded a picture with her boyfriend from a New Year’s party. 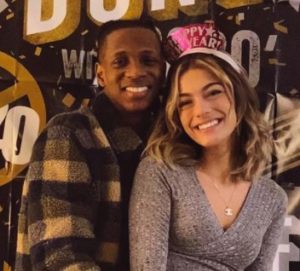 Layla Cutolo and her boyfriend during New Year 2021.

As of 2021, Layla had not announced any plans of making her boyfriend her husband.