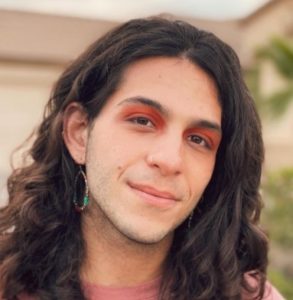 If your thirst to know how exactly do mafia family carry out their businesses was not quenched by movies and TV shows like the Godfather trilogy and The Sopranos, then MTV‘s reality TV drama Families of the Mafia is a must-watch for you.

The 2nd season of the MTV show, which premiered on July 15, 2021, saw the addition of two mafia families, which are The Cutolos and The Nayfelds. Like The Gravanos, The O’ Tooles, and The LaRoccas, the two new families treat (or once treated) criminal activities as an organized family business where there are no rooms for betrayals.

Today, we will be talking about Bills Cutolo, one of the kids of Billy Cutolo Jr. Since Bills identifies as a non-binary person, we will address Bills with the pronouns they/them for the entirety of this article.

In this Bills Cutolo wiki below, learn about their role on Families of The Mafia, their age, net worth, and partner info.

Bills Cutolo On Families Of The Mafia

Bills Cutolo starred in the 2nd season of Families of The Mafia with their dad Billy Cutolo Jr and sister Layla Cutolo.

The 2nd season showed the Cutolos journey of trying to escape the mafia world and reverting to normal life after their major portion of life was spent in the “witness protection program.”

In the preview of the 2nd season of the MTV show, Bills was heard speaking, “the plan wasn’t to be gone our entire lives,” while referring to their time in the witness protection program.

Bills Cutolo was 24 years of age as of July 2021. They celebrate their birthday on the 4th of May every year. Their zodiac sign is Taurus.

Coming to Bills’ family, we all know that their dad Billy Cutolo Jr is the patriarch of the Cutolos. Bills’ dad was the son of William Cutolo, a Brooklyn mobster, also known by the name of Billy Fingers and Wild Bill of the Colombo crime family.

Unfortunately, on May 26, 1999, William went missing. Billy later learned that his dad was murdered in the mob hit organized by Colombo crime boss Thomas Gioeli and Alphonse Persico.

After William’s murder, the whole Cutolos family was under the witness protection program.

Though Billy once stated that he had considered killing his father’s murderers, he did not do so. Instead, he helped authorities to put those powerful mob bosses in jail for Billy’s father believed rotting behind the bars was the worst kind of death.

As of July 2021, we do not have any information about Bills’ mother (or Billy’s wife). We also do not know if she will appear in Families of the Mafia.

Other than their parents, Bills also has two siblings. One of them is their younger sister Layla Cutolo. Layla graduated high school in 2019. As of this writing, she had great relations with her father as he was featured many times on her Instagram handle.

Bills Cutolo stands at an average height of 5 feet 8 inches and weigh no more than 74 kilograms. Their distinctive physical features would be their long dark hair and ear hoops.

Currently, they work as a portrait, editorial, and BTS scenes photographer, according to his website titled “Bills Media.”

Bills have written “Photography is an inherently voyeuristic medium, but Bills challenges that by ensuring that subjects are fully seen, heard, and valued. Physical closeness to and thoughtful relationships with their subjects elicit themes of vulnerability, intimacy, and joy. Their imagery evokes warm feelings of familiarity and care” on photography.

However, their net worth was unavailable as of July 2021.

Bills Cutolo’s gender is non-binary — meaning they neither like to introduce themself as a male nor as a female. As we already know, non-binary people use they/them/their pronouns.

Despite being public about his sexuality for a long time, Bills expressed their frustrations and anger for being misgendered by the people at their work through a Twitter post on June 29, 2021.

Does Bills Cutolo Have A Partner?

Coming to Bills Cutolo’s romantic life, their partner is Sienna Gonzales. The two first dating in the year 2018.

In July 2021, they had completed 3 years dating anniversary.

On that occasion, Bills uploaded a picture with Sienna on their IG handle. In the caption, they wrote, “Thank you for an incredible 3 years, my love 🪴 l always love being the best dressed at the party with you.” 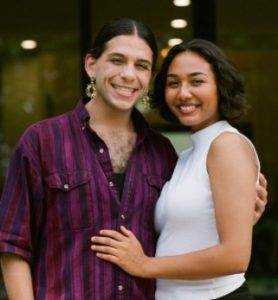 Bills Cutolo with his partner of three years, Sienna Gonzales.

Bills’ partner, Sienna is a painter by profession. You can check out her illustrations by visiting her blog page named Somewhere In June.

To check out more of Bill and Sienne’s pictures, you can visit Bills Instagram.