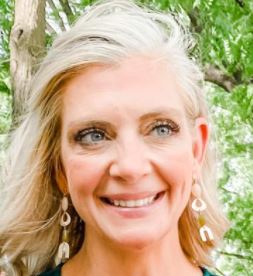 Have you ever heard of a reality show that documents the lives of families who are very miserly? Well, today is your lucky day, for today we will introduce you to Becky Guiles, the star of the reality show So Freaking Cheap, which is all about cheap people, very very cheap people.

Who would have thought miserliness might be a topic of TV series? Well, TLC did. And TLC is very good at coming up with new, seemingly mundane ideas to make reality shows about and making them work, proving that so-called mundane ideas were not so mundane but genius.

This article, in particular, is dedicated to Becky Guiles, one of the many stars of TLC‘s So Freaking Cheap. Read everything you need to know about her net worth, age, job, etc over this Becky Guiles wiki!

Becky Guiles On So Freakin Cheap

Season 1 of the TLC‘s reality show So Freaking Cheap featured four families, four of the most frugal families in the United States: the Tran family, the Watson family, the Clayton family, and the Guiles family. Becky Guiles is the matriarch of the family.

While introducing herself for the show, Becky called herself, “the most frugal mom in America”. To mention a few of her cheap ways, she filled up buckets with snow to melt and use for water because “water from the sink actually costs money”. The Guiles also do not have any furniture in the house because Becky only would “buy things if they’re cheap”.

Her husband, Jay Guiles, who also starred on the show is not as cheap as Becky. In fact, he does not like her over-the-top cheap ways. As seen in the TLC series, they started a home renovation project and Becky was determined to reduce the budget as much as possible and Jay had too many of her cheap ways that might put the family’s lives at risk.

Also, because she was born on the 4th of January, her zodiac sign was Capricorn.

Becky Guiles is a tall woman standing at a height of 5 ft 6 inches, which is an above-average height for an American woman of her age. Her other distinct features were blue eyes and blonde hair.

Before marrying Jason (Jay) Guiles, Becky’s maiden name was Becky Paul. In fact, she was born Rebecca Paul. And he was born to parents Deanna Paul and George Paul. We do not know much about Becky’s parents except for a little information Becky shared on her Facebook.

On the occasion of Deanna’s birthday in 2020, Becky wrote:

5 years ago I sat in cold room with bare walls, a box of tissues and an hospice social worker. My dad, sisters and I began to determine what hospice program we were going to put my mom in…Miracles and my mom’s determination worked together, and here I am …. 5 years later…. able to wish her a Happy Birthday

And on the occasion of Father’s Day in 2020, Becky wrote:

At my dad’s retirement party a coworker of his pulled me aside and whispered to me, ” You have no idea how lucky you are. If every women was raised by a dad like yours this world would be a better place. ” As I get older I see how true this is and how Truly lucky I am to have a dad like mine.

Apart from her parents, Becky also had a sister called Pamela Paul in the family.

Becky Guiles is selling her frugal personality and earning not only TV shows but also followers on social media. As of 2021, she was present everywhere on social media as Freebie Lady.

On her Instagram @thefreebielady, Becky had over 17.8k followers. Similarly, on her Twitter, she had over 3.4k followers. She also had a Youtube channel called Freebie Lady, which had 25.3k subscribers and where she taught people “frugal habits”.

On Facebook, Becky had a private group called “Free Samples, Free Samples By Mail, Freebies, By the Freebie Lady”, which had over 57.6k followers. She was the largest on Tiktok. Her Tiktok channel freebielady had over 273.4k followers and 835.6k followers.

Becky was also present on other lesser-known social media sites like internetstealsanddeals.com (so perfect for The Freebie Lady), telegram, and collabstr.

According to her Linkedin profile, Becky’s current job was “blogger & Influencer”. Well, she blogged about her frugal habits and influenced people to be more frugal. And this was the description of her job on her Linkedin, “I love teaching women how to save money, pay off debt, make money and with it all create a life of their dreams.”

Also, Becky had some other job before she gave birth to her first son. Apparently, she left her job to be a stay-at-home mother and raise the family.

Becky Guiles is married to Jason (Jay) Guiles. Jay Guiles is a program manager at ViaSat. As of 2021, he was 39 years of age and was younger than Becky. We do not know exactly when they met or when they married each other but they celebrated their wedding anniversary every year on the 26th of August. 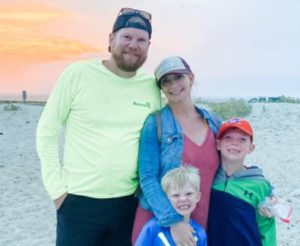 Becky Guiles with her husband and kids circa July 2021 (PC: Becky’s Facebook)