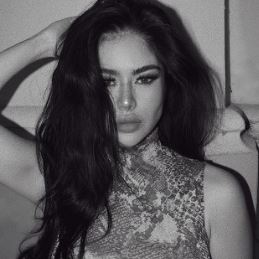 Kim Lee, also known as one-half DJ duo of Kim and Kat, starred in Netflix’s new reality show Bling Empire and it added further excitement among her the people who knew her. The show follows wealthy Asians residing in Los Angeles.

Besides Djing, Kim is well-recognized for her modeling gigs, appearances in music videos, and music among other attributes. Scroll down, as this wiki unfolds further details on Kim Lee and her career and relationship.

Kim Lee celebrated her 22 May in 2020 as she always does. Being born in 1989, she turned 31 years old while celebrating her birthday. Per her date of birth, Kim Lee secured Gemini as her zodiac sign.

Kim Lee was born to her father Daniel Segal and her mother Kimmy in Orange County, California. While her parents parted ways, she receives support from her mother and her step-father whose identity hasn’t been revealed yet.

Furthermore, Kim shared about tracking down her biological father and even devoted a couple of episodes to find him. And for this quest, she is taking help from fellow reality show co-stars Kevin and Kane.

As for her mother, she is very supportive of her following a career in modeling and urges to show off some skin on her social media post. More on her ethnicity, she boasts French-Vietnamese ethnicity.

Moreover, Kim has a total of three siblings; two older sisters and a younger brother.

Talking about Kim Lee’s vital stats, she is blessed with measurements of 34-26-29 inches. Whereas, she stands tall at a height of 5 feet 5 inches (1.65 meters). Likewise, as listed in PASMAG, Kim Lee weighed about 53 kilograms (117 lbs). However, the figure has changed by a few numbers and is only apparent on the scale.

Kim Lee is a lady with many talents. Not only she is fluent in two languages, English and Vietnamese, but she is also a beast behind a turn-table and is also a model.

As a kid, Kim Lee loved photography, and soon her hobby from behind the camera transitioned into being in front of it eventually. Her desire to make it as a cover girl made her take pictures of herself and send them to car magazines.

Kim’s persistence landed her an opportunity to star in a car magazine. Kim made her runway debut on the Emanuel Ungaro and Martin Grant shows in Paris. She has been featured in Maxim, Elle, DSport, Hip-Hop Weekly, Vanity Fair, Show Magazine, and a few other notable print media.

Later, Kim started networking and met a few casting directors that eventually got her playing in music videos. She started auditioning, drove from OC to LA, and scored to appear in the videos of Kanye West and the Far East Movement, thus, her modeling career began. Moreover, she also appeared on Lupe Fiasco’s Paris Tokyo music video which she posted on her Instagram.

But partying all the time was an exhausting feeling which she eventually felt. She was close to the Hip Hop group Black Eyed Peas and the band was keen to manage more DJs. So, Kim asked the band the manage her.

Kim grew up playing piano and even went to Scratch Academy where she learned the art of DJing. What started as a joke turned into a real deal eventually after she got the callback. She spoke about it to another DJ friend Kat. And the girls decided to take over as a duo.

The decision alone made her believe she would pursue a career as a DJ. Additionally, Yahoo Vietnam announced the duo the biggest DJ’s hailing from the states. Kim and Kat toured for at least 5 years and also got residency in a club in Las Vegas.

The Asian-American DJ also pinned acting in her resume when she landed the part of Flight Attendant in 2008 Entourage. She starred on several TV shows and movies such as Speed-Dating (2010), CSI: Crime Scene Investigation (2011), The Hangover Part II (2011), and Jack and Jill (2011).

The model that earned a comparison to Kim Kardashian for her exotic look also steams her music on streaming platforms such as Spotify and Soundcloud. With the thriving popularity and career, Kim Lee earned a total net worth of $10 million as reported by Cinemaholic.

Among a few romances, Kim Lee found herself in, her relationship with Keith Ape, a South-Korean rapper and Jay-Z’s Roc Nation artist, caught the attention publicly. A man who attended success is what attracts her and she discovered all the necessary qualities in Keith Ape.

In 2018, during Kim’s NEXTSHARK interview, she mentioned dating Keith. However, she never spoke openly about how they got in touch with each other for the first time.

Whereas, in December 2020 interview with bandwagon, Kim listed Keith in the list of friends and shared the support she has for him along with Jay Park and Dumbfounded. She also talked about hanging out in K-town based in LA.

While spreading the word of admiration for her ex-boyfriend, Kim also spoke with L’OFFICIEL Singapore about Keith. She admired Keith’s artistry during the interview and spoke on how general people and other up-and-coming hip-hop artists look up to him.

Talking about Keith, he was born on 25 December and turned 27 years old in 2020. He is a member of a crew named Cohort which is considered the Korean version of ASAP Mob.

As seen on the 1st season of Bling Empire, Kevin Kreider seemed interested in Kim. As of Jan 2021, they were yet to upgrade their friendship.