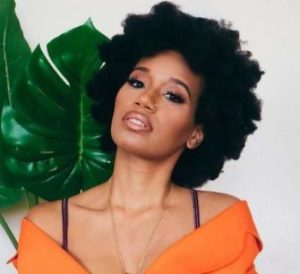 Tristan Paul Mack Wilds notably credited as ‘Tristan Wilds’ whom you also remember for his TV roles as Michael Lee on The Wire and as Dixon Wilson on 90210, has been officially off the market! On December 17, 2020, amid the ongoing pandemic, he married his long-time beau Christina Hammond.

And naturally, his fans wanted to know all about “Mack Wilds wife”.

It seemed Christina Hammond celebrated her birthday every year on 17th August, which makes her a Leo. And because she was born in 1989, she turned 31 years of age in 2020.

Christina’s father, by his name, Ronald D.Hammond opened a profile on Instagram where he shared his thoughts on faith, the bible, and on being Christian.

Now and then, Christina opened up about how her dad has been the best father she could ever ask for. While she considered her mother Brenda Hammond as her role model. About her mom, Christina would often say something like— “beyond grateful for my mom. I strive to be as great as she is” and “life doesn’t come with a manual, it comes with a Mother”

Further, Christina had two siblings, a brother and a sister, younger in appearances than her. The family of five seemed well bonded.

Speaking of education, Christina graduated from LIM College sometime in 2011. Later, she said, because the college made sure she had the right connection and equipment to succeed in the fashion industry and the field of marketing, this made a major impact on her career.

A brief look over Christina Hammond should suffice people to conclude that she prioritized fitness routines and healthy lifestyles. Good-looking in her height of 5′ 5″ and a lately reported weight of under 54 kg, she was often seen sporting a short hairstyle.

Collectively, Christina had more than 10k followers on two Instagram handles Christina Hammond (Wilds) and Tristan’s Book Club. Here, she shared everything from her life as a mother, wife, daughter, and more. Also, she brought together many families together establishing a reading culture via the Children’s Book Club.

Christina Hammond Job, Net Worth, Was She On The Wire?

Christina Hammond is a published writer and a full-time freelancer specializing in entertainment marketing and events. Over the years, she worked with NBCUniversal, the United Nations, Samsung, LVMH Moët Hennessy Louis Vuitton, Fast Company, Google, Forbes, InStyle, among others.

As a humanitarian, she volunteered as an English teacher in Naples, Italy, and as an event producer in partnership with the City of Bridgetown Humanitarian Assistance Foundation in Barbados.

Christina believes her career has been a “true roller coaster”. When moving back to her hometown of Washington, D.C., after college, she had a hard time finding jobs in the desired field of entertainment marketing.

One day, she quit the job and instead decided to freelance. So working on her own in entertainment marketing and p.r., she also eventually found her love for writing. From being published on hometown blogs her work started to get a place in major publications.

This way, Christina Hammond reportedly saved over $600 thousand net worth, until early 2021.

Meanwhile, about the “Was She On The Wire?” query, we only knew Christina met her future husband Mack Wilds on the set of HBO crime drama television series The Wire. While Tristian started to play Michael Lee in the fourth season of the show, it remained a mystery in what way Christina helped in the project.

Christina Hammond started dating Mack Wilds since they both were 15 years of age. No doubt they make confessions of this kind:

Tristian: At different times in our lives, we’re shown fairy tales don’t come true. This one came true for me.

Christina: Our love story is my favorite love story. I am living out my dream of being married to the love of my life.

They got married in an intimate ceremony, with them and their parents on Zoom. Christina said she could not have asked for a better wedding day. “We got married, in a way, akin to how we started — just us”. 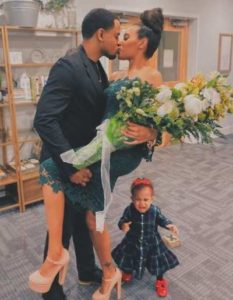 Of course, their little bundle of joy was one of the attendees in the exchange. Chistina and Tristian share a daughter Tristyn Naomi Wilds (born on Dec. 12, 2019, and named after her proud dad).

Celebrating his first Father’s Day, as he introduced his long-time love and 5-months-old baby to the world, Tristian had told Essence,

He also admitted to having had a lot of growing up and strengthening to be ready to take care of the little one. He was obviously recalling the darkest of times he and Christina lived through when she suffered a miscarriage.

More Like This: Ian Lloyd Anderson Wiki: Wife, Height, Net Worth, Herself