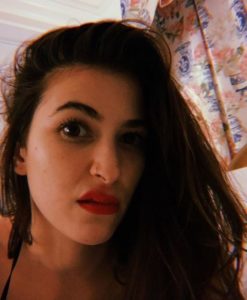 Jazz Charlton is the wife of actor Kieran Culkin.

This Jazz Charlton wiki attempts to reveal details about Kieran Culkin’s wife such as her age, net worth, and height.

Jazz Charton and Kieran Culkin announced they were expecting baby #2 on her birthday in May 2021.

On 18th September 2019, Jazz revealed that she had entered motherhood.

Via Instagram, Jazz announced the birth of her first child — a baby daughter named Kinsey Sioux. She and her husband Kieran Culkin nicknamed their firstborn Zissou.

Sharing a snap of her cradling baby Kinsey, Jazz opened up about undergoing 25 hours of excruciating labor at home.

According to Jazz, she got later transported to a nearby hospital. where baby Kinsey was born on 13th September 2019.

Speaking on behalf of her Kieran, Jazz claimed that the new parents “never felt more complete.”

Back in May 2019, Jazz Charlton opened about being pregnant via Instagram. In the subsequent months, her husband Kieran appeared on late nights shows and raved about the impending parenthood. 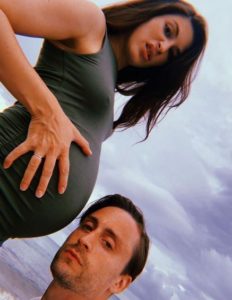 Jazz met her future hubby in 2012 in a New York bar. Noticing that she was in the company of another man, Kieran approached her and asked if he could be her boyfriend.

Persuasive in his pursuit, the “Succession” actor eventually managed to woo Jazz. The two finally got married in 2013 in a low-key wedding ceremony.

To those unfamiliar, Kieran Culkin is a child actor who later made strides portraying mature roles. “Home Alone,” “She’s All That,” and “Father Of the Bride” are his notable movies.

Kieran boasts $4 million in net worth. On the contrary, Jazz Charton’s finances – and net worth – evade public knowledge.

Despite the gulf in wealth, Jazz Charton can hold her own in stature; she is just as tall as her beau, who stands five feet & six inches (168 cm) in height.

With regards to her day job, Jazz is a former model and now a full-time mom and supporter of her husband. Despite avoiding red carpet events intentionally, she continues to support her spouse’s acting career.

Raised by a single mother named Corinne Charton – a prominent figure in a British fine art scene – Jazz grew up next to her biological baby sister.

Having left for New York City in 2010, Jazz is a holder of British nationality.