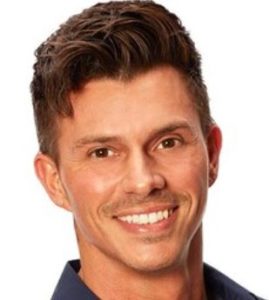 If you are a fan of ABC‘s The Bachelor franchise, then you might know as one of the contestants in the most recent installment of The Bachelorette.

We have covered a lot of drama in this year’s The Bachelorette (read here and here). This time around read about Kenny Braasch.

Kenny Braasch was born in the year 1981. That meant, he was 39 years of age in 2020. The exact date of his birthday, however, was not known. And since his birthday was unknown, his zodiac sign was also unknown.

According to Kenny’s Facebook profile, his hometown was Oak Lawn, Ilinois. Currently, however, he was living in Chicago. He moved from his hometown to Chicago in 2015.

Talking about his family, his father was Kenneth Braasch, and his mother was Judith Braasch. His father was a retired employee of the US Postal Service. Currently, both of his parents lived in Palos Hills, Illinois.

Apart from his parents, Kenny also had two siblings in the family. He had a brother named Edward Allen and a beautiful sister called Kimberly Braasch. Not much was known about his brother, but his sister worked as a Restaurant General Manager at Big Sky Resort.

Kenny Braasch stood at a tall height of 6 ft 2 inches and had a weight of roughly around 85 kgs, give or take a few kgs.

Moreover, Keith is a beautiful man. He did not get the spot in The Bachelorette for nothing. His distinct features included warm brown eyes, brown hair. He was a fitness enthusiast and could boast the body measurements were, chest: 41 inches and waist: 32 inches.

His shoe size was 13 (US standards). Plus, Kenny looked a lot like Johnny Depp.

Kenny had a decent following on social media, quite standard for the reality TV celebrity of his stature. On Instagram, he had 496 posts and over 59k followers by Dec 2020.

Well, professionally, Kenny Braasch is a boy band manager. Actually, he worked for a 115 Bourbon Street Bar as a talent buyer.

He is the co-founder of The Right Stuff Entertainment, a company that puts together tribute bands. He managed Boy Band Night, a not-so-famous boy band that pays tribute to famous boy bands like Backstreet Boys and One Direction.

During his modeling career, Kenny had walked the ramp for Neiman Marcus. He had also posed for Vogue Russia, Naperville Magazine, and appeared on the cover of Desnudo Magazine, Toady’s Chicago Woman.

Furthermore, he had posed shirtless for locally-published romance novels. Kenny was also the face of the Joker in a video game, Mortal Combat 11. Oh, and he also appeared on Steve Harvey’s daytime show.

Sources estimated Kenny Braasch’s net worth, as of December 2020, to be around $700 thousand.

Kenny Braasch was one of the oldest contestants in 2020s The Bachelorette, but he set himself unique in another way as well. During the season premiere, he went to meet Clare Crawley (the Bachelorette) in a T-shirt with a picture of Clare’s dogs. 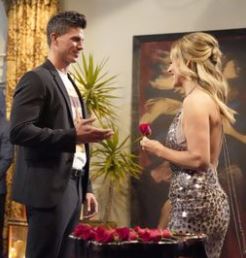 When Clare chose Dale Moss and rejected all other contestants in the fourth week, Kenny must have been dejected. But he decided to stay in the show for Tayshia Adams, the replacement for Clare.

With Tayshia, Kenny progressed to the sixth week but was eventually eliminated. His amazing body and his charm could not woo Tayshia. After his elimination, he appeared on Men Tell All special episode of the show.

According to his ABC profile, Kenny Braasch was ready to start looking for a wife to settle down with. He used to prefer work over romance but now that he was 40, he was going to find someone better.

For his wife, Kenny was looking for someone with looks as well as personality. He was not the one who prefer one over the other. He further said that his ideal wife should not be “controlling, fake or wrongly opinionated”.

Say, if she did not agree with him, she should be open to spirited conversations. Kenny also mentioned the key to his heart was through music. It might be helpful if his prospective wife was a music lover as well.