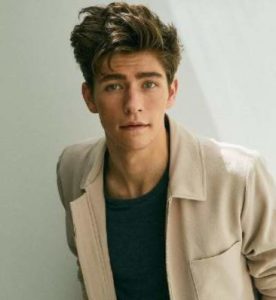 Just when you might be wondering how Netflix can have so many contents ready to go, here comes a new teen show to take you back to your high school days. It is none other than the series Tiny Pretty Things we are referring to.

Premiered on 14th December 2020, the show is the adaptation of the novel of the same name by Sona Charaipotra and Dhonielle Clayton, introducing some real gems of actors to play a group of young dancers at a ballet academy. Among them is Barton Cowperthwaite playing Oren Lennox, whom we are to discuss exclusively in the writing below.

Barton Cowperthwaite was born with the distinguishing traits of a Cancer such as tenacious, and persuasive, on the 10th of July, 1992. So, it’s a fact that he turned 28 years of age in 2020.

Barton Cowperthwaite was born and raised in his hometown of Denver, Colorado. He has also lived in places like Arizona and New York and has traveled extensively throughout Europe.

In the family, Barton has a pair of parents and two brothers, Joey, and Will. His mother, Laura Cowperthwaite is a broker associate at Your Castle Real Estate and like him has a degree in Arts. She went to Columbia College Chicago and also studied Theatre at The University of Kansas.

While Barton, after high school at Denver School of the Arts, went to The University of Arizona as a dance major, where he obtained a BFA in dance. Not to mention, he also attended The Academy of Colorado Ballet.

It is obvious dance is so much more than just a profession to Barton Cowperthwaite. Standing to the fittest physique and height of 6′ (1.83 meters), charming and good-looking Barton specializes in several forms of dance, including ballet, contemporary, improv, hip-hop, Tap, Jazz, and Ballroom.

Light hazel eyes, lighter shade brown hair, pink lips, and the flawless fair complexion, definitely have to be some of his best features.

On Instagram, Barton had 194 posts and 29.3k followers (until 16th December in 2020). While as compared, the New York City inhabitant had managed much lesser popularity on both Facebook and Twitter profiles.

To put it together, Barton Cowperthwaite is a freelance dancer, actor, and model having reportedly collected $250 thousand and counting net worth.

He now holds an impressive resume as a dancer, working for such prestigious artists as Lar Lubovitch, Pontus Lidberg, Lindsay Nelko, and Emily Schoen. This is undoubtedly all thanks to his brother because had it not been for one of his brothers Barton would have never considered dancing as a career. His brother had a crush on a girl in a hip-hop class and didn’t want to take the class alone. It was actually then that Braton fell in love with dancing when tagging along with his sibling to a class.

Speculations as such must have something to do with the likes of “Real men are brave enough to wear pink”, Barton Cowperthwaite wrote on his Instagram post.

Or, seeing him well portray a ballet dancer who struggles with body dysmorphia while questioning his sexuality, might have made the audience curious about his real-life sexuality.

Be that as it may, the rumors and speculations may rest as such for he has openly admitted to loving a beautiful lady.

During an interview with Schon!, when being asked to elaborate on “I saw on Instagram that you are happily in a relationship”, Barton enthusiastically replied:

“I am, yeah! Thank you for asking! Her name is Sophie Thörner, and she’s an artist — she’s a jewelry designer and she owns a company called Vice Versa Jewelry…”

Never, beating around the bush, Barton was surprisingly honest. He said because a lot of his past relationships have been with dancers or actresses, he always felt a little competitive. And as a result, he never really found a healthy place that lasted, until of course Sophie! 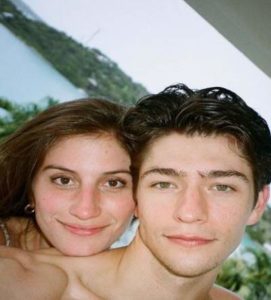 He revealed how she has been so supportive of him. “We were together through the filming of the show, and she, you know — we had to be very open and honest about all of those intimate scenes.”

The up-and-coming actor just went on gushing on how really strong, total creative genius his girlfriend is. Barton said:

“And she is beautiful and just a joy to be around. I have never smiled more in my life”.

The couple has been dating since April 2019. And sometime in August 2020, they took their relationship to the next level, moving in together. The news of which Braton had taken to his Instagram, writing:

“This year has been a f***ing tornado but when I walk through our new front door and see you cooking dinner or smell your palo santo or hear you violently yelling at the TV, I know I‘m exactly where I should be. Honey, I’m home.”