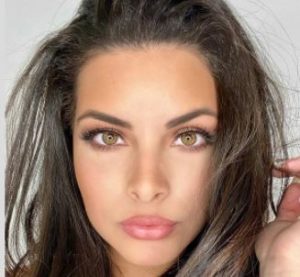 Rejoice fans, in 2021, Mari Pepin-Solis returned for the brand new season of Bachelor In Paradise. For those of you who don’t know, she previously appeared on the Matt James version of The Bachelor in early 2021.

Keep reading this Mari Pepin-Solis Wiki to update yourself on what you’ve missed.

One of the main attractions in Bachelor In Paradise season 7 was the love triangle between Mari Pepin-Solis, Kenny Braasch, and Demi Burnett. And obviously, there were a few troubles that the producers didn’t miss to feature in the promo of the dating show.

Although Mari and Kenny were spotted together since the filming of the Bachelor in Paradise 2021, the new trailer showed Mari asking Demi to “make a move” on someone she’s interested in. Then, Demi and Kenny were shown making out on the beach.

Meanwhile, Mari watches as her heart gets broken in two, and she proceeds to throw Kenny’s cake, made by Demi. This breaks a fight between Mari and Demi.

Spoilers Alert: But it seems that in the end, Mari wins over Kenny. According to Reality Steve, Mari gets engaged to Kenny on the season’s finale. He added, “But I was told in the beginning he (Kenny) was going back and forth between them.”

What Happened To Mari Pepin-Solis On The Bachelor?

Mari Pepin-Solis appeared on the 25th season of The Bachelor in early 2021. Unfortunately, she couldn’t reach far and was eliminated in week 4.

Her ABC bio wrote that Mari is a career-focused woman on the go who is ready to find the love of her life and settle down. They described her to be “very nurturing and thoughtful,” and who hoped to find a man who values her and gives her the same.

Also, Mari claimed herself to be a romantic, thoughtful, all-in partner, and who loved to make her significant other happy by cooking for them, planning small surprises, and giving massages.

Mari Pepin-Solis was 24 years of age when she first appeared on The Bachelor in 2021.

Information about her birthday wasn’t shared then.

Mari Pepin-Solis was born in Puerto Rico and is of Hispanic ethnicity. Her father was in the military, so her family had to move around a lot while growing up. She has even lived in Germany and traveled around Europe, France, Czechoslovakia, and Italy.

With lots of respect for her father, Mari took it took her IG in Nov 2014 to post a picture of him thanking him for his service. But that wasn’t all Mari thanked her father for. Mari shared that her parents instilled a passion for volunteering since she was a child. No wonder, she was so passionate about giving back, helping others, and being involved in the community.

If you don’t know, Mari has led several non-profit fundraisers for women’s health, children’s initiatives, homelessness, veteran’s affairs, and many others. Also, she started her own initiative for children, instilling self-confidence in them.

Aside from her father, Mari loves her mother to the moon. She claims that her mother was “the bestest.”

Mari also has a lovely sister.

Like any other reality star, there were also rumors about Mari Pepin-Solis having performed plastic surgery. But Mari Pepin-Solis herself never addressed any of the gossips that floated around. It might just be because she trusted her fans or could she be hiding something?

But whatever the reason might be, Mari Pepin-Solis is an attractive lady who stands tall at a height of under 5 feet 6 inches (167 cm).

Mari Pepin-Solis garnered a net worth of above $350 thousand.

According to her Linkedin, her last job was as a program coordinator for Make a Verteran Smile and marketing director for Maryland Plastic surgery & PURE MedSpa. Both of her job adventures ended in July 2021.

Before that, she worked in Lash Moi for over 5 years.

Just in case you want to know, a marketing director’s salary in the US was around $150 thousand per annum in 2021.

As for Mari’s education, she has a bachelor’s degree in communication studies and a master of science degree, both from Towson University.

When Mari wasn’t working, she loved to travel and write blogs. Do check her blogs at “maripepin.com.”

Did you know: Mari has a long career in the pageant world. She was the winner of Miss Maryland Teen USA in 2014 and later represented the state Miss Teen USA competition that year. Also, she won the Miss Maryland title in 2019 as well.