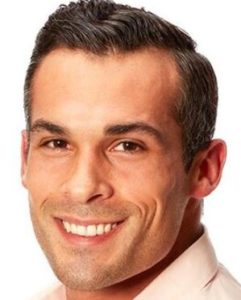 The 16th season of The Bachelorette was full of drama. The original Bachelorette reportedly left the show in the middle of the shooting because she found her love without really going through the show’s procedure (read about that here). But even before that turnaround, there was some real drama going on with one of the contestants, Yosef Aborady.

Read the article below to know more about Yosef and what kind of trouble he was brewing in the show.

According to mylife.com, Yosef Aborady was born on 23 February 1990 (see his profile here). Based on that birthday, Yosef was 30 years of age as of October 2020.

Moreover, with his birthday on 23rd February, his zodiac sign was Pisces.

Not much was known about Yosef’s family, except for their ethnicity. His family belonged to Arab Jewish ethnicity. But Yosef, himself, was born and raised in Alabama, United States. In Alabama, his hometown was Daphne, a small coastal town in the state of Alabama.

The known family of Yosef included his four-year-old daughter and an ex-wife he had a friendly relationship with. But more on that later.

Talking about Yosef’s physical features, he was a tall guy with a height of 5 ft 11 inches. He weighed 84 kgs.

His distinct features included a wide jawline, broad-shoulders, and most important of all a muscular, well-toned body.

On Instagram, he had 56 posts, mostly pictures of him spending time with his daughter. And Yosef had only 6k followers. On Twitter, he was almost non-existent with only 4 followers. On Facebook, there was nothing on his profile but the info that he lived in Mobile, Alabama. His friend-list was empty and his last post was dated 2017.

According to his Linkedin profile, Yosef got his college education from the University of South Alabama Mitchell College of Business, where he got a degree in Bachelor of Business Administration.

After finishing his education, Yosef worked for C Spire as a Client Account Executive. He also worked for Paychex as a Major Market Sales Executive.

According to some sources on the internet, Yosef Aborday’s net worth was not more than $250 thousand.

Now, let us talk about the fun bit, i.e. the drama that was the 2020 season of The Bachelorette. Before Clare Crawley ran off the show midway through the shooting, Yosef had had a big fight with her. The fight was so troublesome for Clare that she had to kick Yosef out before the rose ceremony.

Apparently, Yosef shouted at Clare and called her name. Yosef appeared to say, “I expected way more from the oldest Bachelorette.” The hurtful jab about Clare’s age appeared to have brought her to tears. But not only that, she kicked him out of the show altogether.

It was not clear if it was related to The Bachelorette drama, but Yosef’s IG bio read “I’m not done yet…” That did look ominous. However, when Clare left the show to be with her new-found love, and she was replaced by Tayshia Adams, Yosef did not return to the show.

As of now, while the season was still in its infancy, Yosef’s fate on the show was unclear.

Who Are Yosef Aborday’s Ex-Wife & Daughter?

According to his profile on ABC‘s site, Yosef had a daughter with an ex-wife. He was first married when he was 24 years of age and his daughter, Zara, a few years later. However, things did not work out with his first wife.

Although Yosef separated from his ex-wife, they remained on amicable terms for their daughter. They were co-parenting their daughter. Yosef’s ex-wife married in February 2020, which prompted him to go find his own love.

Well, his quest to find his love in The Bachelorette was not successful. But he would probably go on until he does.

Referencing the “put a finger down” challenge, Carly shared despite realizing Yosef being dubbed a villain on Bachelorette, she gave him a chance. At first, she felt amazed by his efforts. Carly claimed Yosef buttered her up with talks of marriage.

In the same video, Carly revealed Yosef accidentally sent her a video of himself “j**king off to another girl and he was talking about how he wanted to f**k her”. Shortly after, he unfriended her on Snapchat.

In the follow-up TikTok video, Carly shared screengrabs of their DMs and texts wherein Yosef confessed he didn’t end up with Clare.

Carly then uploaded a third video chronicling the weekend they had spent together. The video after that showed her confronting Yosef about the stated explicit video. Unsurprisingly, Yosef stopped responding to Carly after initially playing it off.

As seen on The Bachelorette, even fellow contestant Tyler C questioned Yosef’s character and warned Clare about him.