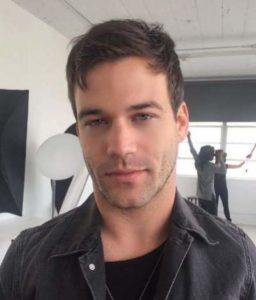 As storied by People, Us Weekly, and Eonline, Lana, whose real name is Elizabeth Woolridge Grant, took her relationship with her new man to the next level after less than one year of dating.

Here’s everything you need to know. Also, the writing below is an exclusive Clayton Johnson wiki.

As an Aquarius with offbeat fashion sensibilities, Clayton Johnson was born on February 4, 1989. He, thus, turned 31 years of age as of his 2020’s birthday.

Sometime in 2013, as he wished his parents on their 25th anniversary, Clayton Johnson Instagrammed how blessed he is for all the love he has received from them.

Also, thanks to social media, we found, Clayton’s father is called Mike and his mother, Terri Johnson.

Terri, according to her Facebook page, went to Modesto Christian High.

While for siblings, Clayton has two brothers and a sister. They grew up in their hometown of Central California city in between Fresno and the San Francisco Bay area.

Apparently, Clayton and his brothers: Chantry Johnson (age 30 as of March 2020) and Connor Johnson (age 29 as of August 2020) are the musician trios in the group The Johnsons. They originally established themselves through YouTube where they continued to boast nearly 90K subscribers.

The group last released the song “Call Whenever” in 2017.

Clayton had 13.7K followers on Twitter until when the news about his engagement to Lana Del Rey surfaced.

Further, on Instagram, the Los Angeles, California inhabitant had more than 26.8k people following him.

Naturally, fans were curious about Clayton after he first landed on Lana’s Instagram Story in September 2020. So they started digging up his social media only to be troubled by some of Clayton’s very old posts (that were in support of former President Donald Trump),

To this, Clayton had published an apology to Lana’s fans, who now have turned to love him equally. His 8th September tweet on the occasion read:

“Yesterday, tweets from my teenage years 12 years ago were dug up, and while age is not an excuse for any derogatory language, I’m thankful to have grown and learned over the years from friends, family and my community. I sincerely apologize to you all for such insensitive” or about supporting Trump. I did not vote for him. I’ve followed every president on twitter, whether I liked them or not. As the leader of the most powerful nation I think it’s important to see what our president is saying and doing”

“I don’t think being ignorant in the past makes me racist. Education and action are most important. Currently enrolled in an intercultural comm class to educate myself and continue to grow. Nothing but love for my black brothers and sisters and I’ll continue to fight for them”…

Clayton Johnson stands above 6 feet in height and a lately listed weight of not more than 83 kg or 183 lbs.

In an interview with Kryptonite Music, back in 2015, he revealed having a tattoo of Yoshi, the lovable green character from the Mario game series.

Not just as a part of The Johnsons, but Clayton Johnson also pursued his musical career playing with several other bands across the United States.

Before exploring music with his brothers, he was signed with the Columbia records band Stereo Skyline as a guitarist and backing vocalist. He stayed with the band for a year before leaving the group to form another group BLAC with one of his bandmates.

At some point, Clayton also won a nomination for a Modesto Area Music Association award for his band A Mover, A Fighter.

Also featured on Billboard and Forever 21, the model and singer graduated from Davis High School in 2007, and grew up singing in church and school bands.

So, from covering Taylor Swift’s “Style” in The Johnsons way to appearing in DNCE’s “Cake by the Ocean” music video, Clayton Johnson reportedly collected over $700 net worth as of 2020.

Clayton Johnson and Lana Del Rey started following each other only in August 2020.

The diva, whose music has been noted for its stylized, cinematic quality, themes of sadness, tragic romance, glamor, and melancholia, was spotted by fans on Clayton’s social media in September. At that time, they had already sparked the romance rumors. 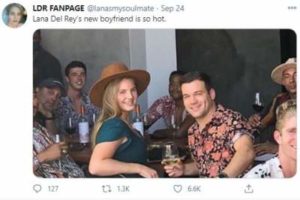 In October, a Twitter user had shared a photo of them celebrating Halloween together. The “Norman Fucking Rockwell!” singer was dressed as Dorothy from The Wizard of Oz, with Clayton wearing a scarecrow costume.

People reported through a source that the pair met on a dating app. However, at this time, the couple has not publicly admitted to any of the speculations let alone their so much talked about engagement.

Speculations commenced as of 15th December 2020 when fans noticed Lana wearing a diamond ring on that finger, as she performed on The Tonight Show, a day before.

News of the affiance comes nine months after Lana and Live P.D.’s Sean Larkin broke up.

In March, Sean opened up about their split.

He had explained that even so the two “hit it off from day one”, they decided it was best to go the separate ways.