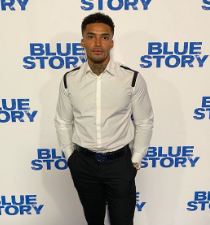 A bodybuilding enthusiast-turned-reality star, Michael Griffiths discovered fame after competing in the 2019 edition of “Love Island.”

During his “Love Island” stint, Michael Griffiths was a part of a love triangle involving him, Amber Gill, and Joanna Chimonides.

In the 8th episode, Michael and his short-lived girlfriend Amber shared a kiss. 17 episodes later, he was filmed locking lips with Joanna.

When Joanna was kicked off from the show on the 37th episode, Micheal tried to get back with Amber but to no avail. His ex would eventually get crowned the season winner.

As for Michael and Joanna, the lovebirds continued dating outside the show. Once the spark died down, the firefighter-turned-reality star and once-wife prospect Joanna called it quits. He announced the split in August 2019.

By Fall 2019, Michael had moved on from his breakup from Joanna and dating former “Love Island” starlet Ellie Brown. He and his alleged girlfriend had met while filming the new season of “Ex On The Beach.”

Despite the photos that showcased them packing in PDA, Ellie asserted being single on 22nd November 2019. 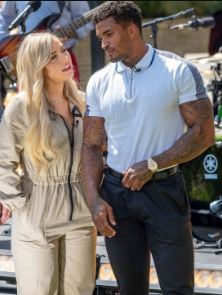 Michael Griffiths’ on-and-off romance with Ellie Brown continued in the year 2020. January that year, the Liverpool native dubbed his suspected partner Ellie “the one.”

Responding to Michael’s claims, Ellie said that she didn’t have a boyfriend. Taking a dig at his comments, the reality star insisted she was yet to find “the one.”

In February 2020, Michael doubled down in his rhetorics by thanking Ellie for helping him show emotion again. Admittedly, the “Love Island” stint made him “standoffish.”

A week after making the bold claims, Michael made another one. Talking to The Sun, he promised to never let rumored girlfriend Ellie getaway.

According to reports, Michael met his girlfriend, Bethan in Liverpool. What’s more, they dined at a restaurant called Dash for their first date.

Before him, Bethan had reportedly dated a fella named Alex Lightfoot.

As of early-2020, Michael didn’t possess a Wikipedia profile. Nor did he own an official biography. No wonder, little to no info was available on his siblings and parents.

In addition to owning a chiseled physique honed through years at the gym, Michael Griffiths has five feet & ten inches (177 cm) in height.

Pre-reality TV fame, Michael held the job of a firefighter. Based in Liverpool, he also competed in bodybuilding contests.

Micheal entered the “Love Island” villa on Day 1. After several eye-catching performances and 49 days, he exited the show.

In Fall 2019, rumors spread that Michael would star in the upcoming season of “Ex On The Beach.”

From his firefighting gig and reality TV journey, Michael pocketed a lucrative income that added to his ever-so-burgeoning $2 million net worth.