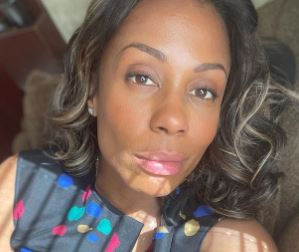 Do you love HBO Max’s Sex and the City? Well, so do we! And this year, the show is getting a new revival titled “And Just Like That…”. Moreover, a cherry on top, three new faces will be joining the cast —  Sarita Choudhury, Nicole Ari Parker, and our star for the article, Karen Pittman. Delve into the world of Karen as this piece proceeds.

In “And Just Like That…” 2021, Karen Pittman will be portraying “Dr. Nya Wallace” who was reported to be a brilliant, challenging Columbia Law professor. She will be joining the returning franchise lead trios Sarah Jessica Parker, Cynthia Nixon, and Kristin Davis as their respective characters, Carrie Bradshaw, Miranda Hobbs, and Charlotte York.

Talking about the mix that Karen and the other two were delivering “And Just Like That…”, the show’s executive producer Michael Patrick King said, “Each of them will add their unique spark and big heart to these new characters and the stories we are about to tell.”

Her mother, Willie was a physical science, biology, and French teacher who worked in the State of Mississippi for nine years and thirty-nine years in Nashville. As for Karen’s father Ray, not much was known about him. All Karen shared about him was that he was a “powerful” man and she was his “proud daughter”.

Karen’s parents were married for 43 years and celebrated their anniversary on April 2.

According to Karen, her brother Jack was someone she “looked up to”. He was “a fierce competitor, but rooted in compassion, kindness, integrity.” She added, he was “an incredible father” and an “incredible mentor”.

Is Karen Pittman A Man?

We don’t know where the internet went wrong, but no, Karen Pittman is not a man. She is a woman who bears two children with two baby fathers.

Karen Pittman garnered a net worth of above $2.5 million by 2021. But life wasn’t always this forgiving to her. Back in the days when she had just spit with her partner and assumed the role of a single parent, there also was a time when she just survived on food stamps.

Born Mississippi and raised in Nashville, Karen went on to receive her Bachelor of Science in Voice and Opera from Northwestern University and a Masters of Fine Arts from NYU‘s Graduate Acting Program. Then, she began her acting journey circa 2009, and as of 2021, had over 38 moves and TV shows credited to her name.

Also, she has performed a few broadways including Passing Strange, Good People, and the Pulitzer Prize honored Disgraced.

Yes, Karen Pittman was once a married woman. However, she has long separated from her now-former husband.

According to her, it was December 2012, when she first embarked on the life of a single mother. This also meant that she probably split from her ex-husband and ex-boyfriend at the time.

Recalling her time before that (while she was still with her partner), Karen shared, “I slowed down my acting to build a traditional family life, and it never materialized.”

“Everyone knows I’ve been thinking about getting married again. OMG. Now I found a dress@StoneFoxBride and lingerie @shopjournelle? dag.”

But we all know Karen didn’t remarry after. In fact, she was single (by choice) for a long time.

She once said, “I will buy boyfriend jeans when I meet a man who’s okay with wearing girlfriend jeans.”

Who Are Karen Pittman’s Baby Fathers?

Her son Jake, full name: Jacob Pittman Schartoff, was born to Karen’s relationship with Adam Schartoff. While her daughter, full name: Lena Pittman Williams was born to her romance with Vic Williams. 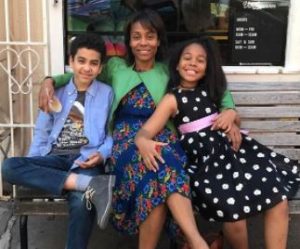 If you have been following Karen over IG then you should know that her kids mean the world to her. She spends the 2020 pandemic in LA with them, and they were planning to return to NYC in mid-2021.