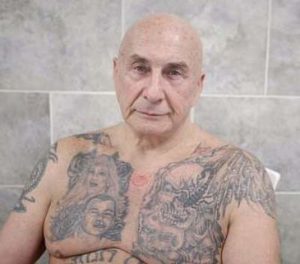 MTV’s Families of The Mafia returned for Season 2 on July 15, 2021. The premise of the series sets in Staten Island and follows families of mobsters attempting to live their life away from the mafia world. And as the new families are taking to screen for the new season, meet the new-coming Boris Nayfeld, who once was a dangerous man running a drug ring and more until he ‘he lost everything’.

Boris Nayfeld On Families of the Mafia

Families of the Mafia synopsis mentioned — Boris Nayfeld is currently serving his probation in Moscow, Russia. So, Season 2 is likely to become a bittersweet reunion for the Nayfeld family. As it has already been confirmed that Boris will reunite with his family.

So, Boris on Families of the Mafia is someone looking for a new start having lived his life lavishly and then lost it all. What had he lost?

Keep reading to find out.

Also, this season discovers more about the families O’Toole and LaRocca who also appeared in the show’s first iteration.

Life as a mob boss may have well suited Bob Nayfeld for a while. But it did him no good in the long run. All thanks to the life he lived, he even lost his wife, Angela Kiperman. His very profession became the end of his marriage and a lack of a relationship with his son.

In an interview, fresh off his prison term in October 2018, Boris revealed he had lost everything he had.

“I lost job, I lost my time for stay in prison. I lost my wife. This is enough punish for me.”

Hopefully, he will spill more about his relationship with his wife, Angela to the cameras on Families of the Mafia. 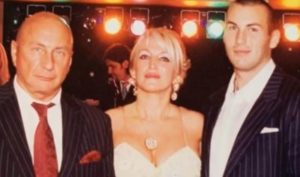 Unlike Boris Nayfeld, his son Eli Kiperman has been on a different road. The synopsis of the reality show states — Eli has chosen the legitimate route and is working hard to support his mother, Angela, who continues to struggle with the idea of a life without Boris.

In the meantime, Angela will also be making notable appearances throughout the series.

After years of marriage, she had filed for divorce in 2017.

The preview of the show showed Eli informing Angela that Boris will be returning to the United States as his Visa ends. Then we saw Angela — nervously tapping her fingers as Eli explained — “I just want you to be prepared.”

Boris Nayfeld had reached the age of 74 when the world first knew him for his Families of the Mafia stint.

Young Boris Nayfeld arrived in America in the 70s as a Jewish refugee.

Upon landing in the States, Boris soon found himself as a member of the “inner circle of a criminal authority admitted to the thieves world.” He became the then-founder of Russian-mafia Evsei ‘Evsei Leningradsky’ Agron’s driver and later bodyguard.

Upon getting accustomed to this new life, Boris understood that it is possible to that extent of riches in America. He took this offer to Agron but since he did not support his ideas, Boris started plotting his own heroin trade scheme behind the back of his boss.

Then, on May 4, 1985, Boris mysteriously died of multiple gunshots. Following this, Boris came in charge of the ‘Russian mafia’. And soon came in the years that were the peak of then-young Boris Nayfeld’s criminal career.

Boris Nayfeld is not an Iranian. Instead, he comes from Belarus which is a country located in eastern Europe. Reportedly, when he lived in Gomel in Belarus, he used to be a house painter.

Boris Nayfeld stands to above 6 feet or 1.83 meters in height.

As of July 2021, Boris Nayfeld had less than an estimated $1 million net worth.

Boris, as you may have already learned, is a Russian mob boss and heroin trafficker. Known popularly as “Biba” he has been in and out of prison most of his life.

Ever since he first arrived in New York City, Boris continued to be influential with his crime, bad decisions, and prison sentences he completely lost his money and power to fend for his other-wise easily accessible lavish lifestyle.

Before his most recent sentencing, he was living off of a $750-a-month Social Security check.

And after he served his time in prison, Boris was worried about prospects in his adopted country. He, thus, was longing to move back to his homeland for business purposes.