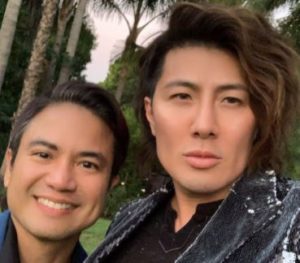 Guy Tang appeared on the show alongside other insanely rich Asians residing in Los Angeles like Kevin Kreider, Kane Lim, Christine Chiu, Kelly Mi Li, Kim Lee, Anna Shay, and Jaime Xie. However, he didn’t seem to get as enough screen time as his costars and because of that most of his personal life remained a mystery to many.

But worry not, for here we are shedding light on the insides of Guy Tang through this wiki.

Guy Tang is of Asian heritage. However, he was born and raised in his hometown Tulsa, Oklahoma, and because of this, Guy struggled to find his identity. According to him, he grew up not knowing himself, insecure, closeted, and afraid to be himself. He added,

“I was either too Asian or not Asian enough, too gay or not gay enough.”

Furthermore, Guy confessed that racism has deeply impacted his life. He talked about an incident where his Caucasian ex-girlfriend’s uncle pointed a gun at him on his 16th birthday. It haunted him for over 10 years until he finally found sanctuary in “hair”.

As for his family, Guy has a Chinese father and a Vietnamese mother. Information about his sibling wasn’t shared.

Mentioning his distinct features, Guy has chicky brown eyes, fuller lips, and amazing facial structure. However, many argue that Guy has had cosmetic surgery. Taking a better look at his nose, lips, and those perfect bones over his face, there is a chance that Guy might have been through surgery. Or else, he is the blessed one.

Guy Tang falls on the lower scale of the Bling Empire 2021 cast, with a net worth of over 2.1 million.

As a self-made hair colorist who built his empire over Youtube, Guy earned roughly around $5K to $84K a year through his channel. Also, riding the limelight Guy launched his own Hairstyling products brand called Mydentity. It had over 384K followers on Instagram and 104K followers on Facebook. The page offered products anywhere from shampoos to dyes that ranged around an average of $7.

Did you know: Guy didn’t join the hair industry as a gay man. In fact, he had a girlfriend when he first started playing with hairs.

Apart from hairs, Guy loved singing as well. You can find his music over Spotify with over 8K monthly listeners in 2021. Some of his popular songs then were Closure, Superpowers, and Quit on US.

In light of his education, Guy attended Jenks Beauty School and partook in Paul Mitchell training courses as well.

Talking about his time on Bling Empire 2021, the fact remained that he didn’t get enough screen time. However, fans were in belief that Guy was a lead character material and should be seen more often. His best moment on the show would certainly be the ep where he trespassed with Kim Lee.

As of 2021, Guy Tang was happily married to Almar Guevarra who worked as a full-time Brain Cancer Research Nurse. He first met his husband over 11 years ago and were together ever since.

According to Guy, his husband was “very nurturing” and also knew “everything about hair”. We could even see Almar coloring Guy’s hair a few times over his IG and videos.

Talking about how they first met, Guy recalled that Almar serenaded him with a  Maria Carey song called “Circles”. Since Maria was Guy’s favorite artist, he was surprised, “How did he know I am obsessed with Mariah!” Then, Guy thought to himself, “Yup, he’s the one.” Rest is history.

Little info on Guy’s husband Almar: He celebrates his birthday on July 17 (nine days before that of Guy’s). Apart from working as a brain cancer research nurse, Almar also worked in Neuro/Oncology at Cedars-Sinai Medical Center.

Coming to his sexuality, Guy Tang openly came out as gay at 27. He blamed his upbringing for giving him a “hard time discovering sexuality” because from where he was “those things were sins”. Before coming out, Guy even had a long-term girlfriend who eventually became his fiancé.