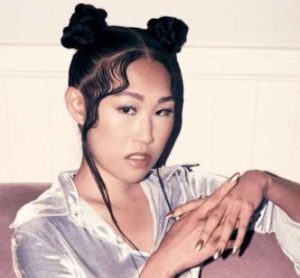 In case you feel like you did not get more of the lifestyles of Asian-Americans from watching 2-hour-runtime Crazy Rich Asians, Netflix’s new release Bling Empire is definitely going to be your show.

The show follows a group of crazy rich Asian-American friends living in Los Angeles. So, the writing below is about Jaime Xie, one of its obscenely wealthy cast members.

Read About the other Cast: Christine Chiu Wiki: Net Worth, Husband, Age, Parents

Jaime Xie is the daughter of Beijing-born cybersecurity entrepreneur Ken Xie. She described her father, the founder of Fortinet as a very down-to-earth person. She said he would usually wear the same plain suit and just is not that interested in fashion.

Apparently, Jaime is the only fashionista in her household. She said, her parents and brothers “hate shopping” and are more into sports, film, and tech than the runway.

Her dad and mom, who is a Taiwanese, got married after they met at a university event in California. Jaime explained to PRESTIGE how being Chinese, both her dad and mom grew up with the notion that success equals hard work.

Together, the family lived in their Northern California villa, which is a Spanish-style, three-storeyed property in Atherton, close to San Francisco.

Standing under 5′ 8″ height and a lately reported weight of around 53 kg, slender and glamorous Jaime Xie got her style genes from her grandfather on her mother’s side, who was a successful suit designer in Taiwan and just “loved fashion, loved to shop”.

While she credited her impressive, enormous wardrobe to her grandmother who herself “has such a great wardrobe”. Jaime spilled her 85-year-old grandma owned “some great pieces, like this purple Versace fur coat (she referred to the one she was wearing at the time).

About her appearance, the lighter skin tone, thinner eyes, wider cheekbones, and long black hair would have to be some of her best features.

Jamie had a rapidly growing number of social media followers: 281k followers on Instagram, and 57K subscribers on the YouTube channel.

As a fashion influencer, she has been showcasing her style sense mixing the big fashion pieces with easier, classical items. “I’m not one of those people that have one specific style.” 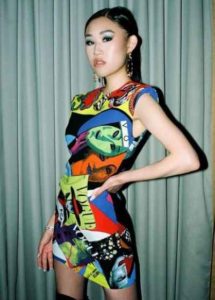 She said, she can be very minimal one day and very girly the day, “Dior one day and Versace the next – and then I’ll be wearing all dark leather from Givenchy or McQueen.”

Jamie, since very young, started working her way to becoming an equestrian champion. It was only later that her attention turned towards luxury clothing.

As a former competitive equestrian, Jaime ranked first in the United States Equestrian Federation (USEF) Small Junior Hunter 16-17 Division. And in 2014, her mount Commisario won the USEF Horse of the Year Award. During that time, she switched to schooling online so she could tour the United States to compete.

Circa June 2020, Jamie gave away some hints on her future endeavors. She said because she has always loved shoes, one may see her launching a luxury shoe brand soon. Plus, she stated she wishes to establish herself as an investor, once she understands more of the fashion business “from A-Z.”

Not to mention, she also told Vogue that she’s hoping to one day expand into designing her own sunglasses line.

In the meantime, Jamie Xie could always lean into her estimated $10 million and her father’s $3.9 billion.

Also, with the start of 2021, Jamie is blessed to share the Chiu family’s culture and journey with the world through Bling Empire. In the first episode of the show, she was introduced as a friend of Kane Lim‘s, and as someone just as well-off as him.

While people were all aware, how Jaime Xie made a “street-style splash” attending the big shows in Milan, Paris, and New York since attending fashion weeks from 2018, and after leaving university, no one knew if she had also been dating.

Jaime meticulously limited her social media sharing to her fashion endeavors never giving away deep into her personal life.