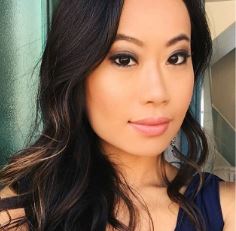 Kelly Mi Li is best known as an entrepreneur and one of the stars of Netflix’s show Bling Empire. While she avoids drama between friends in the show, her relationship with her on-and-off boyfriend has been a center of focus in the show.

An avid-traveler by heart, Kelly is an entrepreneur who is one of the three self-made millionaires in the show. Delve into this wiki as it unfolds details on the reality star.

Kelly Mi Li turned 35 years old while celebrating her birthday in 2020. Every year, her birthday falls on 13 November 1985. What’s more, Kelly Mi Li is a Scorpio by zodiac sign.

Kelly Mi Li was born to her estranged dad and her anonymous mom in Kunming, China. While her father remains unidentified her entire life, her mother sacrificed so much for her happiness and her life.

On 15 January 2020, Kelly Mi Li revealed on her Instagram that her mother left high position medical career in China to immigrate to the US to start over. She dedicated the entire post to her mom and grand-mom for everything they have done for them.

Kelly Mi Li stands tall at a height of 5 feet 6 inches (1.67 meters), an average height for Asian women. Likewise, she weighed 52 kilograms (114 lbs) all because of her slim body figure and measurements of 34-24-34 inches. Moreover, Kelly Mi’s flowing dark hair, attractive legs, and beautiful complexion are a few of her distinct features.

As one of the three self-made multi-millionaire, nothing less could be expected from Kelly Mi Li.

Kelly Mi Li moved to Los Angeles at the age of 18 and committed herself to start a career in the food industry. At one point, she also managed to purchase her own restaurant.

After running the restaurant for a few years, she eventually sold the restaurant. More on her career, she became a general partner at Be Great Partner in Greater Los Angeles Area. She worked for the company for almost three years.

Later, Kelly Mi Li started her job as a managing partner for the East-West Artists, a talent management company based in the Greater Los Angeles Area. She served in the position for almost 3 years and 4 months.

What’s more, Kelly is also a partner at Greyscale Lab since January of 2015. Greyscale Lab source, design, manufacture, and distribute a full spectrum of products. And from December 2020, she has also been credited for creating Wet Paws Media.

Kelly also invested in startups such as MeUndies, Nature Box, and Change.Org.

As for Bling Empire, she reached out to producer Jeff Jenkins, creator of Keeping Up With Kardashians, being inspired by the book Crazy Rich Asians. She also helped put the cast together for the show.

As for her net worth, Kelly Mi Li sits comfortably on the net worth of not more than $5 million.

Kelly Mi Li was married to her ex-husband Lin Miao, a wealthy businessman from China. However, Lin was indicted for a multimillion-dollar text message consumer fraud scheme along with other five in 2015.

As reported, Lin and Co charged small hidden text message charges in the monthly mobile bills of their customers who didn’t subscribe to the services. Because of that, Lin was sentenced to ten years in prison.

Few of the defendants received a supervised release after two years in prison. And even if Kelly’s ex-husband is out of prison, he won’t be able to use his business expertise in good use any time soon.

As for Kelly’s marriage with Lin, they filed for divorce on 6 November 2014 under the Civil category in Stanley Mosk in Los Angeles. The hearing for the divorce was held on 7 May 2015. Whereas, on 11 May 2015, the divorce was finalized.

However, a new romance bloomed in the life of Kelly Mi Li at least since 2015 when she appeared with her boyfriend Andrew Gray. The pair might’ve started dating a while before that but first appeared on Instagram in a post embracing each other in a yacht in Marina Del Ray.

In February 2016, Kelly posted a birthday wish of her beau where she wrote,

“Happiest birthday to the most kind-hearted, loving, handsome and funny guy. 🎂🎉🎈😘 Wishing you another year filled w/ love, success, and laughs”

Whereas, in November the same year, she shared a feeling of thankfulness for her boyfriend on her birthday.

The dating couple also made his red carpet debut when she appeared at the premiere of the Power Rangers movie in March of 2017.  The couple has been on-and-off ever since they started dating each other.

The viewers also get to see Andrew on Bling Empire (2021).

Besides movies, Andrew also landed a few modeling gigs with Hollister, Vanity Fair, Dior, and a few others.

Kelly considers herself a peacemaker among the group where the group is filled with drama. She avoids it all working 24/7.

But the filming of Netflix’s show changed the dynamic of their relationship. Furthermore, the show magnified the issues Kelly and her boyfriend, Andrew had beforehand.

Kelly and Andrew announced their split in March 2021. Via Instagram, Kelly shared she possesses tremendous respect and love for Andrew despite parting ways. The businesswoman-turned-reality star further insisted that the relationship helped her learn and grow. Admittedly, she was working on the best version of herself.