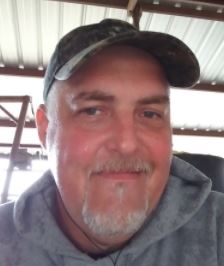 On August 31, 2020, Netflix released its three-part docuseries, “I Am A Killer: Released” featuring the convicted murderer, Dale Wayne Sigler.

Reportedly, Dale was sentenced to death for taking the life of a Subway employee, John Zeltner in Arlington, Texas in April 1990.

However, the verdict was changed to “life in prison” after three years of his original sentencing.

Here’s what you need to know about Dale; one of seven murderers “to have walked from a Texas death row to freedom”.

The most simple answer to this question would be, “robbery”.

Dale Wayne Sigler robbed the Subway sandwich shop, took $400 from the cash register, then shot employee John Zeltner (in the back and head six times) in the process.

Reportedly, Dale was arrested 6 days later after he boasted about the murder to his friends; one of whom tipped off the police.

Some say that Dale murdered John because “John was gay”. As Dale believed “homosexuality is an abomination,”  the murder was more than just a crime of opportunity. Rumors had that the two men knew each other before.

Also, John Zeltner’s family never forgave Dale for the atrocity. Knowing that your son’s murderer was roaming around free, who would have the heart to acknowledge it?

Speaking in Dale’s defense, he had a rough childhood. Exposed to physical, emotional, and sexual abuse, it wasn’t difficult for Dale to join the crime life.

From a young age, he started using drugs and alcohol. Also, he was involved in some petty crimes like burglaries and shoplifting.

Tired of having a tough life, Dale told one of his friends that he was ready to rob a place. He was soon given the information about the ” Subway sandwich shop” (where his friend worked) and handed a .45 pistol.

As of today (August 2020), Dale Wayne Sigler was living with his prison pen pal, Carole Whitworth. She is an older woman and they shared a strong mother-son bond.

In 2019, Dale Wayne Sigler became eligible for parole under Texas law and was released almost after thirty years of the incident. He was trying to readjust to society and was grateful for a second chance.

Serving time in prison, Dale “found God”. He was now an ordained minister and dedicated his life to serving God. He shared,

“If I would’ve been executed, I would’ve deserved it, but God, I like to believe, had a bigger plan and a purpose for me. I’m a walking miracle, whether you want to accept it or whether you don’t.”

While many viewers didn’t like that Dale was released, it seemed like he changed for better. Any more news on his present life, we will be sure to update it.

Be sure to tune in, for more updates.

As of 2020, Dale Wayne Sigler had no reported wife, girlfriend, or partner.

While some alleged that Dale and Carole Whitworth, with whom he shared a “mother-son” bond, could also be sharing something more.

Reportedly, the 20-year-apart duo met while Carole was visiting her stepson in prison. And since they have exchanged over 200 letters.

Also, as Dale’s parole date was up, it was Carole who put her address down as his permanent address.

On the show, Dale once joked about how he would have dated Carole looked at her high school yearbook pictures.

However, the rumor remained as it is and Dale had yet to take a wife as of August 2020.

Yes, as of August 2020, Dale Wayne Sigler was found on Instagram @albino2legend with 500 followers and Facebook @dale.sigler.71.

Over Instagram, Dale uploaded several of his paintings including B.B.King, Kobe Bryan, and Niki Minaj portrait. Surprisingly, Dale is an amazing painter and airbrush artist.

Since we’ve already discussed his early life, it didn’t seem like he ever took on an honest pay.

However, as a changed man, Dale Wayne Sigler found a job at a ranch in 2020. Later, he revealed that he left the job and was looking for a new one.

Also, he was hoping to work as a truck driver.

As for his education, he went to Serra High and later enrolled in the College of Biblical Studies in Houston, Texas.

Corresponding to his birthday, Dale is of Taurus zodiac.

Trivia: Dale tattooed over his left wrist to knuckle with the world “Legend” and multiple dog paws.

Dale Wayne Sigler was born and raised in Danville, Illinois, alongside his siblings.

His mother had him when she was 15. Moreover, she was already raising another one of his siblings.

As for his father, he became abusive to the family after losing his job. Reportedly, Dale’s mother slept with a butcher’s knife under her pillow because of the terror.

Exposed to all the family traumas, obviously messed up with Dale’s head. What’s more, he was molested by a family member at the age of 10.

He might be partly to blame for his crimes but mostly it was the environment he grew up in.

The title of “Trophy Husband” doesn’t suit Jwan Yosef. A celebrated artist, the beau of...