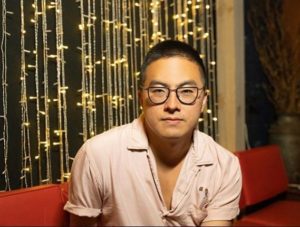 Hailing from New York, comedian Bowen Yang is a generational talent. A jack of all trades, he can write shows, produce, and even act on them. He’s also an occasional stand-up comic.

Rising to prominence as the one half of the podcast duo “Las Culturistas,” Bowen gained social media fame by tweeting eccentric lip-sync clips.

Talking about his family: Bowen and Yang were born to biological parents, who were immigrants from China. At the writing of this article, papa Yang and mama Yang lived in Colorado. 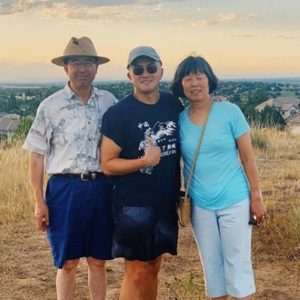 Interestingly, Bowen holds a BA degree in Chemistry from New York University. He once joked about longing to become a doctor after binging “Grey’s Anatomy.”

Veering away from his education, Bowen opted for a career in show-biz. In turn, it manifested in an impressive $1 million net worth.

Per his IMDB profile, Bowen boasts acting credits on several TV shows — “The Morning Announcements,” “Bocce Ballers,” “The Outs,” and “Above Average” being the most notable.

Working as a writer, Bowen has penned for projects such as “The Morning Announcements,” and “Mashable.” Of all her writing gigs, none look good on his resume than “Saturday Night Live (SNL).”

A year after SNL hired him to write for them, Bowen got promoted as the show’s full-cast member in September 2019. In the process, he became SNL’s first-ever Asian-American cast member.

While Bowen Yang’s new SNL gig was celebrated by Asian-Americans across the US, it also posed as a major win for the LGBTQ community. For context: Bowen is an openly gay man.

Bowen’s journey to sexual liberation was anything but easy. When his parents first learned about him being gay after discovering the AOL Instant Messanger convo, they sent him to gay conversion therapy. At the time, the stand-up comic was 17 years old.

Frustrated and flustered, Bowen came out for the second time while attending a college. Although not understanding of his choices, the SNL sensation’s family caved in and expressed their desire to understand his sexuality.

Going by his Instagram posts, Bowen appears not to be in a relationship (as of January 2020). Instead of images of boyfriend prospects, his feed consists of photos of his “girlfriends.”