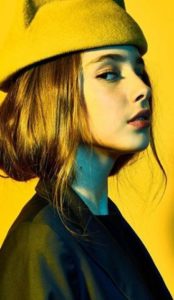 Julia Butters gained prominence despite being young starring in Quentin Tarantino’s movie Once Upon A Time in Hollywood (2019). Likewise, she also appeared on more than 80 episodes on American Housewife (2016-2020) as Anna-Kat Otto.

This wiki-style article provides a glimpse in the life and career of the young actress so scroll down.

Julia Butters celebrated her 10th birthday on 15 April 2019. She was born to her loving parents Darrin Butters and Lorelei Hill Butters, a Voice actress turned a homemaker.

Julia’s father Darrin is an Actor/Animator from Kearney, Nebraska. He landed a minor role in Wizards of Waverly Place (2010-2011) and Being Ozzy Osborne (2000). But his main trade is animation.

Julia kept it mum regarding her education and school she went to. As of 2020, Julia was in her middle school years and on her way to high school.

Julia’s parents have been married for a while now. Her parents had her as their first child. There are no flying around rumors of Julia’s sibling prospect anytime soon.

Julia’s father Darrin grew up in a rural farming town. He cites his puppetry stint as a child that inspired him to join the entertainment industry.

Whereas Julia’s mother was also credited for voice acting Athena in The Little Mermaid: Ariel’s Begining (2008).

Julias stepped into the entertainment industry auditioning for commercials. Since her parents were already in the industry, they became a huge support for her budding career as a young actress.

According to several online news portals, Julia is estimated to have accumulated a burgeoning net worth of over $10 million.