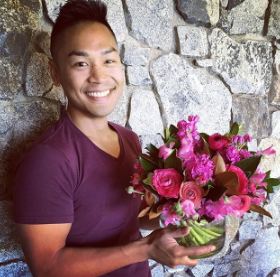 On 9th November 2019, Anthony shared a photo of the two on Instagram where Ken was seen sporting a new ring.

For his part, Ken reposted an Instagram story of him accepting the proposal as boyfriend-turned-husband prospect Anthony took a knee.

As observed in the posts, Ken and partner Anthony got engaged while surrounded by friends.

Neither Ken nor his boyfriend-turned-husband hopeful Anthony spoke on when and how they would get married.

Before the engagement, Ken and Anthony had been dating at least for two years. 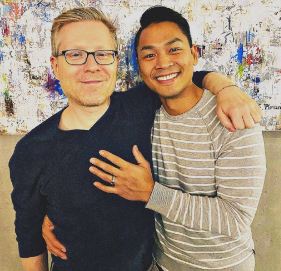 In 2017, Anthony made headlines after publicly accusing actor Kevin Spacey of gross sexual misconduct. When the alleged abuse transpired, he was reportedly 14 years of age.

A beloved actor, Anthony gets best recognized in his performances of projects including “Rent,” “Star Trek: Discovery,” “Dazed and Confused” and “Road Trip.”

To those in the shadow: Ken Ithiphol makes his living as a transformational leadership coach. Per his LinkedIn profile, he owns a license from “Yoga Alliance” to practice the discipline.

From August 2005 until January 2014, Ken held a job as a manager of community research and evaluation at the “Applied Survey Research.”

In March 2014, Ken founded “Ken Ithiphol Coaching and Consulting” and took over as its principal. Around the same time, he joined “Center for Collective Wisdom” as a “learning ally.”

Ken Ithiphol reportedly turned 33 years of age in 2019. Celebrating his birthday on 5th September every calendar year, he is a Virgo via Sun sign.

An American by nationality, Ken embraces Filipino-American ethnicity via his family lineage. Either one of his biological parents (or both) were of Filipino descent.

As of November 2019, there laid no public records of Ken’s siblings.

Ken attended the University of California, Santa Cruz. In 2008, he graduated with a B.A. degree in Psychology and Legal Studies.