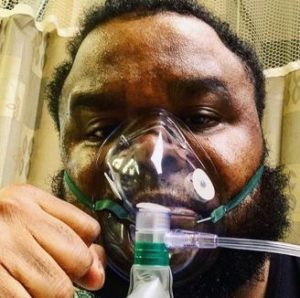 On 23rd April 2020, Fred The Godson passed away following a month-long battle with Coronavirus. He was only 35 years of age.

In the wiki below, learn about Fred’s net worth, wife, and height. Further down the post, discover his kids’ info, music, and family background!

On 22nd February 2020, Fred The Godson had celebrated his 35th birthday. Moreover, the East Coast emcee was a Pisces and therefore owned witty and enthusiastic personality.

A native of South Bronx, New York, Fred The Godson came from a large family. Raised in a two-parent household, he grew up alongside his five siblings. However, a conflicting report claimed Fred had seven brothers and sisters including Elijah Thomas.

Fred had quite a traumatic childhood. Besides his father’s drug addiction, the “Too Fat” rapper witnessed his baby sibling died in an apartment fire.

Many might not know but Fred’s father worked a security job at the Chelsea, Manhattan-based Tunnel nightclub.

Born in 1985 to parents who stayed together, Fred attended Monroe high school but failed to graduate. Peer pressure coupled with home life pushed him to the drug game.

Upon discovering Hip-Hop, Fred channeled all his energy in the music. Long before reaching his 20s, he had mastered the art of rapping.

Early on, Fred The Godson earned much-needed affiliations with T.B.M. Entertainment and Draft Entertainment. He garnered further buzz after winning the Best Male Rapper honor at the 2007 Underground Music Awards.

More so than albums, Fred left a musical legacy through his mixtapes. Some of his major free projects like “City of God,” “Contraband,” “Fatboy Fresh,” “Payback” and “Gordo.”

Back in 2011, Fred met the XXL Freshmen cover. Accompanying him in the list were Hip-Hop artists Kendrick Lamar, Meek Mill, and Mac Miller. All three would achieve legendary status.

Reasonably successful, Fred reportedly owned over $800 thousand in net worth when the news of his death surfaced.

Of all the people, a doctor gave Fred his stage moniker. According to the “So Crazy” rapper, the said doctor likened him to Jesus.

Height, Cause Of Death, Health Issues

At an early age, Fred The Godson had health issues. Besides kidney disease, the “Can You Hear Me” rapper battled Asthma and Diabetes.

Being based in New York — the epicenter of Coronavirus in the US — Fred was vulnerable to contract the disease. When he caught it, the Hip-Hop artist asked everyone to pray for him.

Little over two weeks after his hospitalization, Fred passed away. DJ Self, his DJ, broke the tragic news on social media.

The Hip-Hop community across America and the rest of the world mourned Fred’s untimely death. As a result, “RIP Fred The Godson” trended on Twitter.

Fred couldn’t have stood any taller than five feet & ten inches in height. Meanwhile, his weight crossed the 80kg threshold all his adult life. 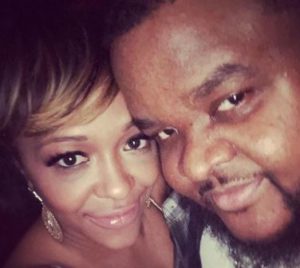 Throughout his hospitalization, Fred The Godson relied on his wife LeeAnn Jemmott to update the fans on his status.

In the first week of Fred’s diagnosis, LeeAnn expressed optimism. But, when his health condition worsen, his wife began fearing the worst. In mid-April 2020, Lee Ann revealed:

Even then, LeeAnn didn’t lose faith. During the stated interview, she added:

Together, Fred and wife LeeAnn had two kids (both daughters): Sophia (b. 2015) and Sadie. While still active, his married life was as solid as his rhymes. No doubt, he loved his better half and their children.

A makeup artist by trade, LeeAnn has a son from a previous relationship. Fred treated her son like his own. What’s more, LeeAnn and Fred were together for more than a decade before the rapper’s death.