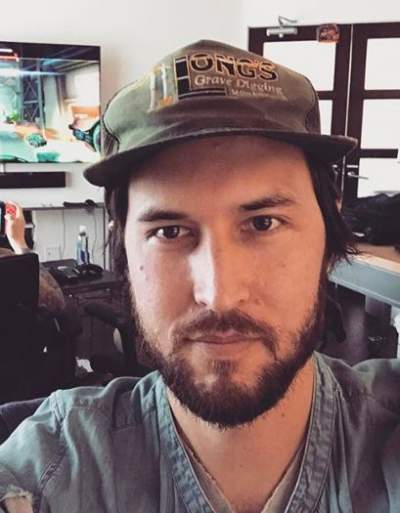 People, suddenly, craved to know everything about Danny Fujikawa — the man who was time and again spotted publicly displaying affection to Hollywood’s favorite, Kate Hudson.

For those who may not know, Kate is an actress, author, and fashion entrepreneur. She rose to stardom after Almost Famous, the film which not just won her a Golden Globe but also landed her an Academy Award nomination.

Coming back to Danny, let us have a glance over his wiki and personal life; on how he landed and uncalled for attention.

His name ‘Danny’ was actually the nickname, in the first place.

Age 32, in the year 2019, he grew up celebrating his birthday every year on 10th June. His zodiac sign is, therefore, Gemini.

Danny Fujikawa brings in his genes, the Japanese heritage; but how much of it, was not yet revealed. He shared a vintage picture of his grandparents and to it captioned, Ojisan and obachan— meaning grandfather and grandmother in Japanese.

Moving on, Danny’s father, Ron Fujikawa, is no longer alive. Ron, who studied Law at Stanford University worked in several law firms. He got married to Melissa Linehan, Danny’s mother in 1980, and together they had three sons— Michael, Brady Fujikawa, and Danny.

Danny once said that father’s day and mother’s day were his favorite Instagram days; once in a while moments, when he gets to openly credit his parents, for all they had done for him.

Also, some times, he shares online, the fun times with his siblings.

Danny Fujikawa founded his own record company, Lightwave Records, in Los Angeles, back in 2013.

Additionally, he was previously the lead singer and guitarist for the Los Angeles-based folk-rock band Chief which he co-established with his brother, Michael. For some reason, the group disbanded, on a friendly note.

Circa 2004, Danny studied Music at New York University; although, he dropped the program a year later. While in the school, his activities mostly involved “bartending at Lit lounge, lots of walking, and not attending the class.

As of early 2020, further details on his career and job stayed completely sealed. Meanwhile, Danny’s net worth surpassed the $500 thousand threshold.

You May Like: Derek Jones Cause Of Death, Wife, Girlfriend, Net Worth

From early on, Danny Fujikawa’s partner Kate Hudson fuelled the speculation that she became engaged to him. Notably, after she was seen wearing a sparkling diamond ring on her left hand.

On 19th March 2017, Danny and Kate were first spotted by the media, kissing outside a juice bar, in Los Angeles. Months later, during Kate’s mother, Goldie Hawn’s Snatched premiere, they walked the red carpet together, making the relationship official.

More so, Danny and Kate have known each other for more than fifteen years. Kate told The Talk:

We’ve known each other for 15 years. He’s my best friend’s stepbrother…In terms of family, I’ve known his family forever. To have that connection is really powerful.

Not yet married, but the pair, together, had a daughter named Rani (pronounced Ronnie) Hudson Fujikawa. Named after Danny’s father, Ron, Rani was born on 2nd October 2018.

Plus, Kate was also the mother to her two boys, Ryder Russell Robinson, in mid-teen, and Bingham Hawn Bellamy, above six, from her previous relationships.

Danny, meanwhile, loved and supported both the kids as his own. 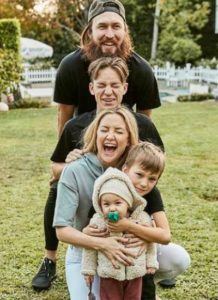 Moving on to marriage-talks, back in April 2018, Kate was recorded during her one on one with The Telegraph. She said:

We think about that a lot. Marriage is definitely not a golden ticket—it’s not going to solve any challenges in a relationship. But as someone who’s lived through … well, trial and error, I think that the symbolism of marriage, that commitment, is more important to kids than we sometimes think.