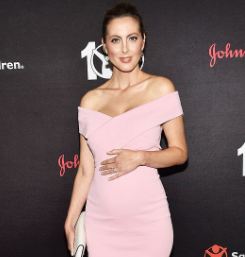 TV and film actress Eva Ammuri gets recognized for portraying the characters Jackie and Sabrina on TV shows “Californication” and “Undebateable” respectively.

By reading along, get yourself hip with Eva’s relationship status and net worth!

Eva comes from a family full of personnel connected to the film industry. Her parents: Italian filmmaker Franco Amurri & American actress Susan Sarandon inspired her younger self to take up acting. From her mom’s side, Eva has two half-siblings: Jack and Miles.

A graduate of Brown University, Eva Amurri earned her first major role with the 2002 flick “The Banger Sisters.” In subsequent years, she boasted credits on movies including “The Education of Charlie Banks,” “Middle of Nowhere, That’s My Boy” and “Mothers and Daughters.”

In 2001, Eva made a splash portraying Diana Lockhart in an episode of “Friends.” “How I Met Your Mother (HIMYM),” “New Girl,” “The Mindy Project” and “The Secret Life of Marilyn Monroe” are the names of TV shows featuring her in some capacity.

Per Celebritynetworth.com, Eva Amurri owns a $5 million net worth.

Following a blissful dating period, Eva Amurri and MLS star Kyle Martino – her boyfriend at the time – got engaged in December 2010. Via Twitter, she made the announcement and labeled future husband Kyle “the most wonderful man on the planet.”

11 months into their engagement, Eva and then-fiance Kyle got married. The duo’s wedding ceremony transpired on 20th October 2011. 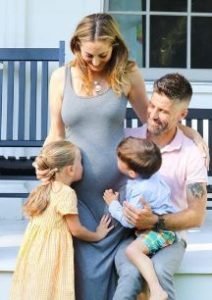 Eva announced that she was pregnant with their third child in mid-September 2019. Two months later, the married duo announced that they were indeed heading for a divorce.

Releasing a joint statement, pregnant Eva and Kyle announced their split. Without going into details, the couple insisted on raising their children as “close friends and deep partners.”

The divorce news arrived four years after Kyle had to fire their nanny for making an indecent proposal.

On 18th November 2019, Eva Amurri shared that Kyle Martino had moved out. Taking to Instagram, she expressed sorrow over the moment.

During an Instagram Q&A in early-March 2020, Eva confirmed that her estranged, husband Kyle won’t be in the delivery room when she gives birth to her third baby. Instead, she would be surrounded by her kids and some girlfriends.

By the time she made the announcement, Eva and Kyle had already finalized their divorce. Per court documents, the duo’s separation was finalized on 4th February 2020.

Eva became a mother for the third time on 13th March 2020. Via a weekly newsletter for her website “Happily Eva After,” she broke the baby news.

According to Eva, her baby son arrived at precisely 3:58 pm measuring 21 inches long and weighing 7 pounds and 11 ounces. Previously, she had shared about her plans to give birth at home with the help of a mid-wife.

In the said newsletter, Eva admitted to not knowing how she and Kyle were going to co-parenting because of the on-going divorce.

Who Is Eva Amurri Dating Now?

Via her blog titled “Happily Ever After,” Eva shared she met Ian while dining at his restaurant in Westport, Connecticut.

According to Eva, she and Ian shared an instant connection. The actress then noted they shared many interests including their mutual love for Hockey.

Evan further claimed Ian was very understanding of her situation with Kyle and their kids.