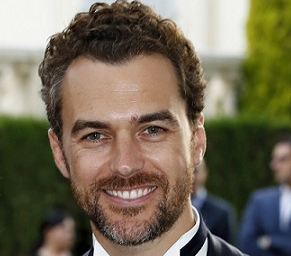 As one of Hollywood’s leading women, Jessica Chastain is an easily recognizable figure. Her husband Gian Luca Passi de Presposulo, on the other hand, remains a different story.

Listed in a bio format, the wiki below provides essential details on Gian Luca’s married, family origins, and net worth!

Born in 1982, Gian Luca turned 37 years of age in November 2019. Born into a noble family, he holds Italian nationality.

Courtesy of his family background, Gian Luca garners a title of a Count. The Passi de Preposulo clan’s history dates as far back as the year 973.

Beyond his life as a European noble, Gian Luca Passi de Preposulo is a revered fashion magnet.

A graduate of IULM University of Milan, Gian Luca previously held a job (director of public relations) at “Armani.” While working for the fashion giant, he built strong ties with Hollywood A-listers Katie Holmes, Julia Roberts, and George Clooney.

Leaving Armani, Gian Luca – who considers Roberta Armani as his mentor – took over an executive gig at the Italian apparel brand “Moncler.”

In 2012, Gian Luca Passi de Preposulo first crossed paths with his future wife Jessica Chastain. A year later, they made their red-carpet debut at the Oscars.

Before she began dating Gian Luca, the “Zero Dark Thirty” actress wasn’t big into getting married and having kids. Over time, Jessica changed her stance.

Gian Luca and then-girlfriend Jessica got married in June 2017. For their wedding venue, the pair chose “Villa Tiepolo Passi.”

Days before the nuptials, Gian Luca and Jessica attended a pre-wedding bash which was hosted by Hathaway and Adam Shulman.

A year and a half into their married life, Gian Luca and his wife Jessica welcomed their first bundle of joy. The couple named their daughter Giulietta Passi Chastain who had arrived via surrogacy.