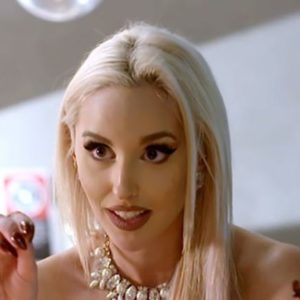 In early 2020, Married at First Sight TV-show star Elizabeth Sobinoff revealed that she was being intimate with her husband ‘on the show.’

“Not a pregnancy shot!” Elizabeth put an end to the rumors of her being pregnant.

The gossip escalated after she uploaded a suspicious picture on Instagram together with her married partner, Seb Guilhaus who had his hand over her stomach.

Elizabeth Sobinoff was also criticized as she was making her return to the reality competition show Married at First Sight for the second time.

For fame or love whatever her reason was. Most of her followers were just happy that she was back on the show.

Learn more about Elizabeth’s wiki and her journey to weight loss as the article unravels.

Elizabeth Sobinoff was 29 years of age as she planned her return to the show in 2020.

Being showered with gifts, Elizabeth celebrates her birthday every March 4.

As a child, Elizabeth was fond of libraries. She would be just turning pages going through the pictures of children’s books.

Inspired by the illustrations in the books like Possum Magic and The Animals of Farthing Wood, she got her first tattoo with creatures in it.

Elizabeth was then addicted to tattoos. She has a large bee between flower design on the right torso, a kookaburra on the left-back, and a stack of old books with a spider crawling over it to her left torso.

Admittedly, Elizabeth had plans to fill her whole body with art but she won’t be tattooing below her knee.

You may like – Chad Wild Clay Wiki, Wife, Married, Net Worth, Height, Family

Elizabeth seemed closer to her mother, Gillian rather than the father. But she mentioned she loves both of her parents equally and they have been an inspiration for her. Gillian argued:

“You need to earn a lot of money hanging around Lizzie, She’s not cheap!”

Gillian received a lot of hate comments as she grilled Seb over his income in the show.

And as a response, Seb Guilhaus mentioned Elizabeth’s mother was a real sweetheart and they were getting closer. It was only natural for a mother to care for a daughter, especially after what Elizabeth went through.

It was reported that Elizabeth was living with an illness like Porphyria and autoimmune disease.

She wanted to spread her “Chameleon. Positive. Vibrant” personality and aspired to work as an influencer in the coming days.

Elizabeth Sobinoff Weight Loss, Diet, Before And After, Illness

Elizabeth Sobinoff’s ex-husband Sam Ball referred to her as a “bigger” girl.

The comment wasn’t well perceived by the fans let alone Elizabeth. She took it to the heart and committed to losing her weight.

It’s inspiring how much Elizabeth lost weight from her previous appearance in MAFS 2019. She had lost over 10kg weight in just a year despite her health condition.

She looks stunning in her new skinny jeans and proudly flaunts her beautiful figure.

Followed by her chronic illness, Elizabeth had to forcefully uptake a high-carb diet. She claimed that it made her weight go up by almost 6 kg.

Elizabeth Sobinoff was married to Sam Ball, a co-star to the show.

As Elizabeth was bedridden because of her illness and was absent from the show, Sam took the opportunity to cheat on her.

The couple then filed for divorce.

Allegedly, Sam Ball cheated on Elizabeth with Ines Basic from the show. It was also speculated that Sam had an affair with Ines before Elizabeth was absent in the show.

Furthermore, Sam had body-shamed Elizabeth on their wedding day. And after deception, his hatred amongst the audience skyrocketed.

Elizabeth also claimed to have developed a form of PTSD after her marriage with Sam.

After the heartbreak from Sam Ball, Elizabeth stood strong and didn’t put her search for love to an end. 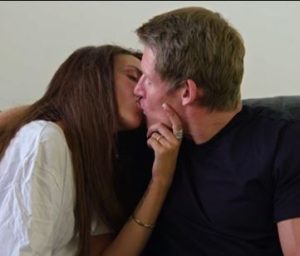 Finally, after a record of over six boyfriends, Elizabeth met Seb Guilhaus, a co-star of the show. Seb treated her right and the duo was soon married.

With the rumored pregnancy addressed, Elizabeth and Seb were patiently waiting for their career to set and have their first child.