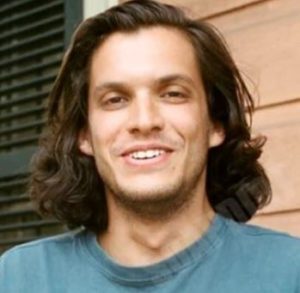 Married at First Sight Season 11 premiered July 15, 2020, featured five brand new couples. Among them, the duo that looked the most promising was Bennett and Amelia.

While Roberson believed their lifestyles could interfere with a lasting marriage, Dr. Pepper Schwartz was one hundred percent sure that the couple will be compatible. Both sharing quirky personalities, the viewers were in wonder if that was enough to keep them together for the long haul.

Divulge on the insides of Bennett [MAFS] as you tag along with this wiki styled article. Moreover, get to know his age, height, and family as the article proceeds.

While many of you may not know but Bennett’s last name is Kirschner. Interestingly, Bennett was set on taking Amelia’s last name after they walk down the aisle.

Aside from having a Masters in Theater, he is also skilled at several other things, including building sets for productions. We saw him live in a small house built on his own, which didn’t include a kitchen or a bathroom.

Apart from this, he didn’t disclose much information on his parents, siblings, and other family members.

Taking about his distinct features, Bennett gave off a mysterious vibe. His raise eyebrows and an inexplicable smile on that triangle face made him stand out amongst other contestants.

As of 2020, Bennett had a limited social media presence. Though his name pops up over Facebook and Twitter over mentions, his account wasn’t tagged anywhere. Also, most of his social media mentions included his theater production promotions.

Being in the theater, Bennett worked as an actor and a professional freelance writer. His job was mostly as a playwright and also he was an editor of prose (both fiction and non-fiction). Furthermore, he was nominated for Mockbee Creative Non-Fiction Prize in 2017.

As for his education, he graduated from the University of New Orleans’s Creative Writing Workshop MFA program in 2019.

Apart from writing and acting, Bennett is also into music-making. He used his voice to make ditties that were turned into complete songs by people who had musical training.

Tired of falling over and over in bad relationships, Bennett decided to give Married at First Sight a try. Finding Amelia, Bennett knew that she was the “the one”. So, while the viewers are rooting for their marriage to last, their happy ending was yet to come. 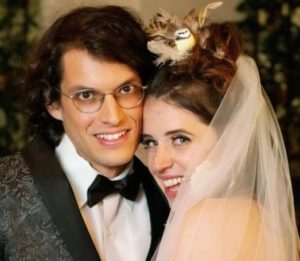 Bennett with his wife Amelia on MAFS

But in one of the promos, we can hear Amelia say to her mom that she’s seen him before. So, chances are that the duo met before too.

As of July 2020, Bennett and Amelia were together. The only trouble they had was with New Orleans — as for being a small city, it wasn’t enough for them to fulfill their dreams.

Also, Bennett’s family was supportive of their marriage. He loved Amelia and claimed her to be his ideal match.

When the season finale premiered in late-Oct 2020, Bennett and Amelia decided to stay married. By then, they had relocated to Virginia where Amelia took a new job.

As seen on Decision Day, Bennett seemed deeply committed to his wife. He even got a tattoo of Amelia’s initials on his butt.

A non-profit worker, Amani came into the limelight after she appeared in the show MAFS (Married at First...