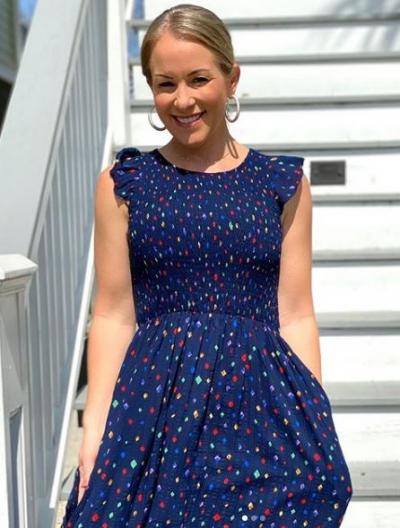 Once known as Bravo network’s star, Jennifer Snowden is a lady of many fortes. She is an author of beauty, fashion, and interior design blog Bloom Charleston. Now and then, she also worked as a realtor.

Here’s what you may need to know about your favourite social media influencer.

Jennifer Snowden, age 38 in 2020, grew up celebrating her birthday every year on the 25th of March. Her zodiac sign is Aries.

Despite being a reality star at some point in life, not much is revealed regarding Jennifer Snowden’s family background. Her parents, who lived in Charleston, South Carolina, remained an aloof topic. Although the fact that she, having a younger brother, Gray, could not be concealed.

Jennifer was raised in Florence, South Carolina. And like many Southern Charm cast members, she too attended the College of Charleston.

She maintained a good relationship with her co-stars even after she left the show.

Jennifer Snowden appeared on the third season of Bravo’s American reality television series Southern Charm. After leaving the show, she founded her clothing store in 2017.

She named the store after her beloved son James Ascher who was diagnosed with a brain encephalocele at the time of his birth. The reason behind which Jennifer writes in the store’s website—

I named the store after my baby James Ascher who after enduring so much to get here health wise, is my all time hero.

Further, the website stated— James Ascher offered affordable yet “highly fashionable, and unique things to women of all ages, and all demographics.”

Jennifer, the owner of the venture, believed her teams’ work certainly added an air of confidence besides making the shoppers look good.

From what it appeared at the time, Jennifer became busy being a loving and caring mother to her son, after her brief television appearance. And, all the while, she successfully ran her clothing line which contributed to her $3 million net worth.

Even at the time of this writing, she was equally enthusiastic about her work.

Until the 28th of May 2020, Jennifer Snowden had 35.9k followers on her Twitter, somewhere around 82.1k followers on Instagram and an equally notable presence on her Facebook page.

Jennifer Snowden stands at a height of 5 feet and 7 inches (1.701 meters). Back in the 2016s, she had a difficult pregnancy, during which she gained 80 pounds of weight. However, four months on from the birth of her baby, she bounced back to her prior self, physically and emotionally.

Jennifer had lost 65 of the 80 pounds of weight she had gained during pregnancy.

At some point, her body measurements were measured at 34-26-35 inches.

On 23rd May 2020, when the whole world was in self-isolation amid Coronavirus pandemic, Jennifer Snowden announced — “💍 WE’RE GETTING MARRIED!!! ⛪️”. 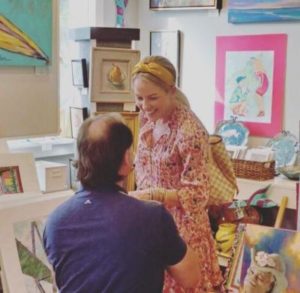 She shared a series of photos on her Instagram that showed her longtime boyfriend, Lee, getting down on one knee. This happened at an art store in Sullivans Island, South Carolina.

With this, she also revealed that with Lee, she shared her baby boy James Ascher (born in September 2016). 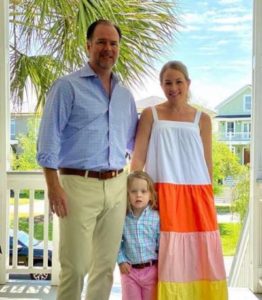 Although the happily engaged TV star never informed when exactly she was to tie the knots with her soon-to-be-husband fiance.