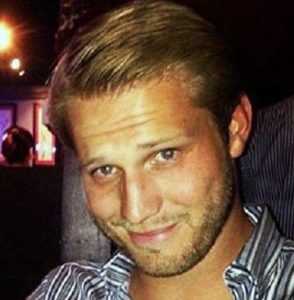 Looks can be very deceiving — people in the showbiz learned that Brian Hickerson embodied the axiom to the T. His explosive anger issues contradicted his delightful appearance.

Get to know Brian’s tumultuous relationship with Hayden Panettiere, net worth, height, and age by taking a stroll through his biography!

Brian Hickerson began dating actress Hayden Panettiere around 2018. By Spring next year, the cracks in the duo’s relationship were commencing to become a public affair.

In May 2019, Brian was arrested for attacking his girlfriend Hayden. Following the incident, the latter was left with redness and marks on her body. The domestic violence charge was later dropped.

The reconciliation proved costly for Hayden who was on the receiving end of Brian’s rampage on the 2020 Valentine’s Day. The “Nashville” actress was allegedly struck by a closed fist.

Per the court documents, the troubled lovebirds were vacationing in Wyoming when the incident transpired.

According to Radar Online: After spending several hours in jail, Brian was released on the $5k bond. 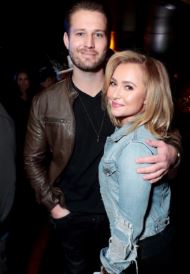 Appearing before the Los Angeles court on 17th July 2020, Brian Hickerson pleaded not guilty to 8 charges.

The charges ranged from domestic violence and assault to witness intimidation.

Days before Brian’s not guilty plea, Hayden Panettiere opened about the domestic violence incident. Via IG, she said: “I am coming forward with the truth about what happened to me with the hope that my story will empower others in abusive relationships to get the help they need and deserve. I am prepared to do my part to make sure this man never hurts anyone again. I’m grateful for my support system, which helped me find the courage to regain my voice and my life.”

On 20th April 2021, Brian Hickerson pleaded no contest to two felony counts of injuring a spouse or girlfriend. Thus, he was sentenced to 45 days in county jail.

What’s more, Brian was slapped with 4 years of probation, 52 domestic violence classes, and a 5-year restraining order that prevents him from going near Hayden. Per the plea deal, Brian was surrendering to the jail by 7th May 2021.

Following his release from jail, Brian reunited with Hayden. On 17th July 2021, an eyewitness told E! News that the couple was spending their time at a restaurant in West Hollywood, California.

Speaking to E! News, Brian clarified their relationship. In his words: “To clarify, I was enjoying a Miller ‘Latte’ [slang for Miller Lite], and Hayden was not drinking. We went to a new restaurant that is Texas-based and being a Southern guy, I’m a big fan of country music. So yes, there was some line dancing involved. Hayden and I are not back together but are working on a friendship. We have a long history together, and the first step in my recovery as an abuser is making amends. That’s exactly what Hayden has been gracious enough to allow me to do.”

Back in the day, Hayden was all set to marry Wladimir Klitschko before parting separate ways. They were together for nine years and share a daughter.

In 2021, Brian Hickerson turned 32 years of age. He is a native of South Carolina.

Brian Hickerson comes from a family of four. Contrary to the gossip, he didn’t grow up alongside a brother but did so next to sister Ann Stewart.

In October 2019, Brian had an alleged violent altercation with his dad David. Per the responding officer, he witnessed the troubled star running after his blood-soaked father.

Getting into his educational background, Brian attended elite high schools in South Carolina. For college, he picked the University of South Carolina.

How Tall Is Brian Hickerson? Net Worth, Job, Movies

Circa 2013, Brian Hickerson listed his job title as the Director of Operations at the “Hickerson Property” in an application.

Exploring avenues other than real estate, Brian starred in the role of Officer Williams in the 2017 flick “M.F.A.” The thriller also featured Frances Fisher and Francesca Eastwood.

Blessed with the build of six feet & one-inch height & 79 kg weight, Brian is quite a physical specimen. From his job as a real estate agent and an aspiring actor, he flaunts $500k plus net worth.