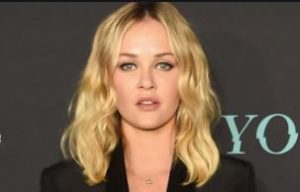 Actress Ambyr Childers skyrocketed to stardom with her performances on TV shows “Ray Donovan,” “Aquarius” and “You.” Meanwhile, her big-screen debut was the 2003 film “Carolina.”

Read along for an insight into Ambyr’s relationship status and net worth!

Less than a year into their married life, Ambyr and husband Randall got blessed with a daughter London Thea Emmet. The duo then became the parents of two kids after another daughter named Rylee Emmet in November 2013.

By 2015, Ambyr’s relationship with then-husband Randall had deteriorated. Spring that year, she filed for separation — only to dismiss it. About two years, the divorce between the two finally got finalized.

Following the divorce settlement, Randall got engaged to “Vanderpump Rules” sensation Lala Kent. They had been dating since November 2016.

In early-2018, Ambyr called out her ex-husband’s new partner Lala for posting photos of her children without her consent.

While Randall Emmett moved on from the divorce, Ambyr Childers did the same. 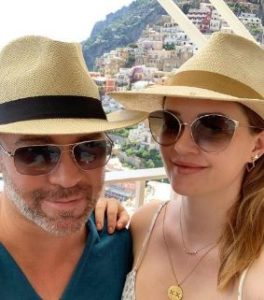 In December 2018, Ambyr showed off her new mystery boyfriend to the world. She posted a snap of the two looking rather cozy on Instagram.

Continued with their blissful dating life, Ambyr and her mystery boyfriend visited Positano in the summer of 2019.

By December 2019, Ambyr and her mystery man were yet to boost their relationship status from a dating couple to that of an engaged duo.

Ambyr Childers made her acting debut in 2000 with “S Club 7 in LA.” In subsequent years, she went to bag roles on TV shows “All My Children,” “Criminal Minds: Beyond Borders” and “The Magicians.”

From her indulgence in Hollywood and profits from the jewelry company “Kaya Collection,” Ambyr has collected $5 million in net worth.

It’s been only several years since Bravo‘s Flipping Out has ended but we are already the missing...