Alexis Martin Wiki, Now — All About The Justice Project Star 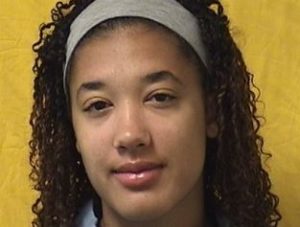 A victim of human trafficking, Alexis Martin faced a lengthy prison sentence after her alleged pimp was shot dead by a robber. When the incident occurred, she was 15.

Her case garnered national attention after getting featured on “Kim Kardashian: The Justice Project” — a two-hour documentary aired on 5th April 2020 on Oxygen.

Read about Alexis’ story, trial, and family background by delving into her wiki. In the process, familiarize yourself with her status now.

Where Is Alexis Martin Now?

In 2013, Alexis Martin pleaded guilty to her role in the murder of Angelo Kerney. According to Alexis, Angelo had kidnapped and trafficked her, made her sell drugs and force her into stripping under the moniker “Alexis Love” and recruiting other prostitutes.

The charges against Alexis stemmed from the proof that she helped plan the robbery death of Angelo. Admittedly, she didn’t know that her alleged pimp would get killed in the ensuing commotion.

After the trial ended, Alexis was to the Ohio Department of Rehabilitation and Corrections. As of now (April 2020), she was still incarcerated and awaiting parole hearing scheduled in 2034.

Failed Attempts To Free Her

Because of her age and the circumstances involved, Alexis Martin and the attorneys argued that the Safe Harbor Law applied to her case. They also contested about the appointment of a guardian ad item.

The state Supreme Court dismissed the appeal in 2018 stating that Alexis couldn’t prove the crimes she committed were inspired to free herself from Angelo Kerney, her alleged pimp. The court also stated that there didn’t exist evidence she was forced to work.

Unfazed by the setback, Alexis sought clemency in 2019 through John Kasich. The outgoing governor, however, refused clemency to Alexis.

Long before she became a victim of human trafficking, Alexis Martin experience a rough childhood. Her parents were hardly present in her life. To make matter worse, Alexis’ father physically abused her.

Both of her parents were involved in the drug business. So was Alexis’ step-father. After her mother was sent to jail, she was thrown into the ruthless American foster system.

Born to a mixed-racial couple, Alexis was mocked for being a bi-racial child. As a result, she was diagnosed with depression at the age of 8. Unable to bear the mounting troubles, 12-year-old Alexis even attempted suicide.

Between the age of 11 and 12, she was repeatedly raped by a 21-year-old man — who she believed was her boyfriend. What’s more, a 16-year-old boy impregnated her.

When Alexis suffered a miscarriage, the Ohio-native inked the name of her unborn child on her torso.

David Sheppard Wiki — All About The Justice Project Star