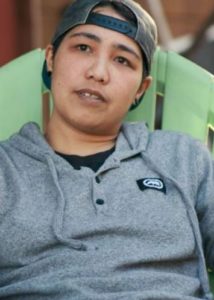 Netflix’s Tiger King: Murder, Mayhem, and Madness, the show stood out for two things. The number of big cats it had sheltered who can rip people apart to the bones and the bizarre character for an employee, Joe Exotic had handpicked personally. But, the show took a different turn when the characters involved in the show took it over, leaving the wild animals in the backdrop. Out of many crazy zoo employees, everybody who watched the show agreed on Kelsi “Saff” Saffery being the only level-headed individual in the show.

This wiki-article brings you the facts on the Kelsi “Saff” Saffery so delve in.

Where Is Kelci “Saff” Saffery Now?

As of April 2020, Kelci “Saff” Saffery was known to be in California.

After Joe Exotic was arrested and sentenced for 22 years in prison, he was left with no reason to stay there. So Kelci ended up leaving the zoo. Not only that, he event the left the state of Oklahoma and moved to California.

Before he left the zoo, Kelci was still working at the GW Zoo (The Oklahoma Zoo). And he was promoted to park manager.

Now, Kelci was living in the state of California with his kids providing for them working in a warehouse.

While in the zoo, Kelci was close to some of the individuals from it including John Reinke, then-manager. And even today when this article was penned, he kept in touch with him.

No early life records on Kelci “Saff” Saffery had been shared as of April 2020, but he was born and raised in Hawaii.

Soon after, he graduated high school in 2004. However, Kelci immediately joined the army. According to Men’s Health, he served in Afghanistan and Iraq. Her service as an Army vet continued till 2010.

While he was there, Kelci sadly lost both of his parents for an undisclosed reason.

The meeting between Kelci and Joe was a fate of a sort. At the time, he was looking for a job and wanted to do something that involved animals.

In an interview, Kelci reflected about typing “Tiger” on a google search. The first four things that popped up included Joe Exotic’s zoo. The two got connected and intimated with each other through email, and he was in the zoo of Joe Exotic and never left after he entered. He found heaven and a peace of mind taking care of the animals.

In the whole show, Kelci was the only one who was in it for the love of animals and nothing more. While he was there, he was truly devoted to the zoo and Joe Exotic, no matter how he treated him.

What Is Kelci “Saff” Saffery Gender?

When Kelci “Saff” Saffery was out shopping for supplies, for the COVID-19, pandemic, 3 of the other customers recognized him from the show. They asked him how he felt being misgendered? To which he replied with, as neutral. But he added that he would rather prefer being addressed with male pronouns.

Due to her easygoing nature, it wouldn’t make much of a difference to him if how someone addresses him. But if anyone wanted to know how he would prefer to be addressed, for him, it certainly would be he.

What Happened To His Arm?

Kelsi “Saff” Saffery himself has noted being a reckless individual all his life. But in October of 2013, Saturday around 10 AM, it was like any other ordinary day, but soon it was about to change for him.

Saff, who was 27 years old then, one of the tigers went for his arms. And after the tiger got the hold on his arm, Kelci struggled to make it out of that situation but unfortunately couldn’t.

The 500 lbs tiger grabbed his arm by its mouth for 40-45 seconds and released after the intimidation created by fellow staff.

After that, Kelci was immediately rushed into the hospital. The doctors were focused on the damage control because the bite was severe. He was informed that he had to spend 2 years for reconstructive surgery before he would go on to do the therapy.

The decision was tough for him, but eventually, he resorted for amputation of his arm rather than the presented option. The made decision felt more reasonable to him.

While there was a commotion developing in the zoo, Kelci was going through the amputation process. And after 5 days of surgery, he returned the zoo to put a stop to the struggle Joe and the zoo were facing because of the unfortunate accident.

Surprisingly, Kelci didn’t resort to putting down the “tiger number seven” that had bit him. Instead, it was moved out in a separate place away from media attention.

However, Kelci was forced to work with a prosthetic arm as the insurance he had didn’t cover it as it was not in the policy. A total of $1300 bill of hospital expense had incurred on his part.

Despite the horrific incident, Kelci was devoted to the zoo and kept working till the end of it.