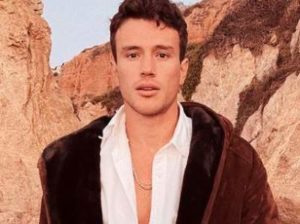 Meet Will Moncada, one of the singleton looking for love on Love Island USA Season 3.

Before the new series premiere on CBS and Paramount+ on July 7, 2021, here’s all you need to know about him over this Will Moncada wiki.

Will Moncada On Love Island

Single and ready to mingle, Will Moncada decided to go on a dating competition show to find love after COVID.

Alongside the eleven other contestants, also including host Arielle Vandenberg and narrator Matthew Hoffman, Will was headed to Hawaii for the all-new season of the American version of the show.

Will, with the full name William Moncada J, was super excited about Love Island. He was literally counting down the day his season would premiere with a special 90-minute episode. And clearly, he had no girlfriend at the time.

Also, he never really hinted at his past relationships on social media.

Born supposedly an intelligent, disciplined, and loyal Capricorn, Will Moncada grew up celebrating his birthday every year on Jan. 15. And when the world knew about him as a Love Island USA contestant, he had reached the age of 26.

Originally from Colombia, Will Moncada has been calling the United States his home for more than seven years. In fact, he is very proud to be living in the States and he loves that he has become an American citizen over the years.

Anyway, ethnicity-wise, Will Moncada still is a Columbian.

Will is a family guy. He is very fond of his dad, mom, and everyone in the family. He often Instagrammed about them.

Lately in May 2021, making memories with his dad at Castle Rock Beach, he captioned, how after a few years, life reunited him with his father again. With this, he also encouraged his Insta-people to reconnect with their family, forgive and love.

Further, Will has a big sister named Caro Moncada, whom Will teasingly dubbed as “the old lady of the family.” Just as much a stunner, Will’s sibling is an A320 Pilot. Besides aviation, Caro is into tourism and Jiu-Jitsu.

On June 16, 2021, the family revealed they were waiting for Lucas, the new member of the family and Caro’s first child. Also, Will had publicly promised he was going to be the coolest uncle.

Will Moncada, who also happens to be a professional water polo player, avid horseman, motorcycle enthusiast, and a serious vegan, stands to a height of 6′ 2″. His measurements were listed respectively as waist 32″, suit 38″ R, inseam 32″, neck 16.5″.

He has dark brown hair and eyes of similar shade.

Until July 2, 2021, Will Moncada had 25.1k followers on his Instagram @willmoncadaj.

That been said, word has it, the admin team was running his socials.

Will Moncada Job, Net Worth

Will Moncada had more than an estimated $250K net worth before Love Island stint.

Profession-wise, Will is a budtender (i.e. a bartender for weed), reported PEOPLE over his Love Island profile.

And from what salary.com calculated, someone like Moncada, that is a budtender based in California, made a salary of $40,223 on average. That, the salary range typically fell between $35,835 and $44,881. But, of course, the individual income can vary widely depending on many other important factors, including education, certifications, additional skills, experience, among others.

Meanwhile, his website: williammoncadaj.com, read Will is an LA-based model, actor, and entrepreneur. His modeling career launched in Colombia and soon took him to New York, Paris, Shanghai, and Los Angeles. So, he has since collaborated with the likes of Givenchy, Theory, Greg Lauren, Armani Exchange, and GAP.

Will notably appeared as the lead heartthrob in Morat’s music video for their big hit “No Se Va.” His first television appearance was the popular Latin American, game show Exaltlón where he had shortly become a fan favorite.

In 2015, the surf learner was named “Modelo Revelación’ by Cromos Magazine.

Will is also very interested in photography as an art. Believing, “Each new corner visited, broadens our mind and vision about things”, he takes his camera with him wherever he goes.