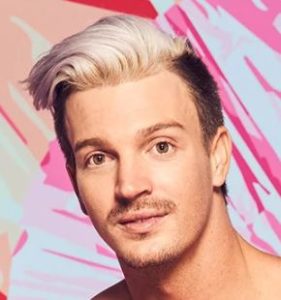 The original UK version of Love Island was beloved by the world, but the US version of the show no less entertaining. The third season of Love Island US premiered with a special 90-minute episode on 7 July 2021 on ET, CBS, and Paramount+. And one of the 12 participants for this season was Christian Longnecker.

Read everything you need to know in this Christian Longnecker wiki below, including the information about his dating history and family life. Also get to know his age, height, etc.

The names of the 12 contestants that were competing on this season of Love Island USA were revealed recently. And the names include Olivia Kaiser, Kyra Lizama, Trina Njoroge, Cashay Proudfoot, Shannon St. Claire, Korey Gandy, Josh Goldstein, Jeremy Hershberg, Melvin “Cinco” Holland Jr., Will Moncada, Javonny Vega, and the subject of this article Christian Longnecker.

This season was going to be filmed in Hawaii. And considering that Christian was from Hawaii, he must feel like he was at home on the island. There were a couple of posts in the past couple of days from Christian’s IG that indicated that he was really excited to be a part of the show. While he was on Love Island, his Instagram was being operated by his sisters.

According to his Facebook info, at the moment, Christian was single and did not have any girlfriends. And that was one of the reasons why he joined Love Island. He wanted to find love and not just to have short-term fun, which seemed like the right reason to join Love Island.

Christian’s reasons to join the show might be right, but whether or not the outcome would be favorable, i.e. whether or not he walks out of the show with a girlfriend, only time will tell.

We know quite a bit about Christian Longnecker’s family, but there was a little confusion about his parents. Let us first start with what we do know. Christian’s grandparents, on his father’s side, were Dr. Morton Franklin Longnecker Jr. and Shannon Nelms Longnecker. His grandfather died on 8 September 2012.

His grandparents had three kids Michael (DeeDee) Longnecker, Gregory (Mamie) Longnecker, and Michael (Keri) Nelms. And among the three of them, either Michael or Gregory was Christian’s father. We do not know much about his mother.

Christian has three siblings and all three of them were sisters, Taylor Hilty Longnecker, Hannah Longnecker, and Lauren Longnecker Frazier.

Christian is originally from Hawaii. His hometown was Oahu, Hawaii. He still lived in his hometown.

Christian Longnecker is a very handsome man with tall height and a shapely and ripped body. He stands at a height of 6 ft. He weighed about 165 lbs, i.e 75 kgs. Furthermore, his other physical features include a 31″ waist and a 32″ inseam.

Also, in 2021, as of his appearance on promos of Love Island, he had the top of his head colored silver.

Christian Longnecker had a massive following on Instagram, which will further sky-rocket after the new episodes of Love Island start to appear. On Instagram @christianlongnecker, Christian had 30.8k followers until July 2021.

He was also present on Twitter and Tiktok but he was not as big in either as he was on Instagram. On Twitter @iamchrischin, he had only 5 followers. And on Tiktok @christianlongnecker, he had 356 followers and 1397 likes.

Christian was also present on Snapchat @c1longnecker and Facebook. He had a Youtube channel by the name of Christian Longnecker with 45 subscribers.

By profession, Christian Longnecker is an entrepreneur. As of 2021, he held two CMO jobs with Dynamize Coffee and Primo Roasting Equipment. Christian is also the co-founder of Dynamize coffee, the other founder and CEO of the company is Brandon Miller. They started the company in March 2018.

“Dynamize Coffee is NOT your everyday coffee company…Dynamize started with the intentions of offering a natural, clean source of energy, while educating consumers and supplying the world with one of the most nutrient-dense, highest quality products available.”

In 2019, Christian and his business partner had appeared on Ayesha Sehra’s podcast Coffee & A Good Vibe. Before that, Christian had worked as a watersport professional. He had worked for X-Treme Parasail for almost 3 years, from August 2015 to March 2018.

Furthermore, Christian’s own website also says that he is a “fitness/lifestyle model as well as photographer and videographer”. Apparently, he had spent over 6 years in photography and videography. He had his own curated playlist on Soundcloud.