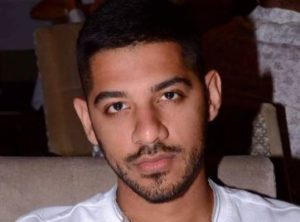 Along with the date (i.e. June 2, 2021) announced to premiere Family Karma season 2 on Bravo, they revealed two new faces who will be joining the show this season. They were — Anisha’s BFF/ Shaan’s younger brother, Dillon Patel; and Monica Vaswani’s boyfriend and also our star for the article, Rish Karam.

In the previous season, Monica and Brian Benni officially got into the friend zone. So, moving on with her life, Monica sparked a new romance with another childhood sweetheart, Rish Karam.

But who is Rish? Stay till the end of this Rish Karam wiki to learn all about him.

As per his birthday, Rish is of the Gemini zodiac.

Talking about his siblings, Rish has two close brothers named Sonit and Karan Karam. His brother, Karam was the CEO of S. R. Tech group and resided in Miami, Florida.

Information about his hometown wasn’t available.

Mentioning his distinct features, Rish has dark eyes and a chiseled body.

As a fitness enthusiast, Rish regularly hit the gym in 2020. He trained under the fitness coach Daniel Navia and could do a 190lb farmer carries with ease.

He wasn’t much of a social media guy then. His Twitter and Tiktok posts were empty, and over IG, he only posted every once in a while. Most of his posts featured himself, and his vacations — riding a motorboat or attending Drake concerts.

Reportedly, Rish joined the family business back in September 2011.

Apart from this, Rish had his own investments as well. He was the co-owner (alongside Christopher Corda) of Moksha Indian Brasserie, Miami opened in May 2019. The restaurant was well known for its twist at traditional spicy flavors from India’s Mumbai region. According to Rish, he wanted Moksha to avoid the familiar trappings of local Indian eateries, that included buffet lines and stuffy dining rooms.

So, he put filled Moksha’s dining room with “plush blue banquettes and black-leather chairs and long, communal-style tables.” He said, “I really put a huge emphasis on ambiance.”

Also, stepping into the reality TV business, Rish was already enlisted in IMDB with credits to Family Karma (2021)

In light of his education, Rish attended Nova Southeastern University from 2010 to 2014 for his bachelor of science in “business administration, entrepreneurship/ entrepreneurial studies.”

As of 2021, Rish Karam had yet to take Monica Vaswani as his wife.

Monica, who came from a traditional Indian family, had a crush on her long-time friend Brian Benni growing up. However, she later realized that they were better off as good friends rather than girlfriend-boyfriend. So, she chose another childhood sweetheart, Rish to pursue romantically. By the end of 2020, Rish already started appearing on Monica’s TikTok several times. However, Rish was never featured on Monica’s IG then.

Likewise, Brian wasn’t going to be left being in the love department. Now that he was “finally over” Monica, the “resident party boy” found a new love interest in another woman named Monica. 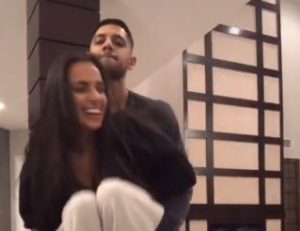 Little info about Monica: She first came to the limelight through Bravo’s Family Karma inaugural season. The Florida International University graduate, Monica was labeled as the “perfect Indian girl” by her parents, who later stepped into the Real Estate business to shape her career.