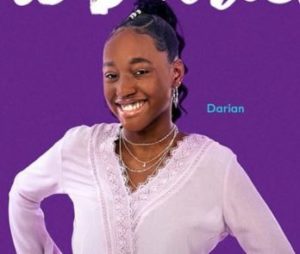 Featured on TLC’s Doubling Down with the Derricos, Darian Derrico is the eldest child born to Deon and Karen Derrico. With 13 siblings beneath her, she understood her responsibility of serving as a mentor to them but at the same time, she also felt that her large family was “both a blessing and a curse.”

Learn more about her as this Darian Derrico Wiki proceeds.

Darian Derrico On Doubling Down With The Derricos

As the eldest sibling, Darian Derrico was always seen taking care of her baby brothers and sister. And although she loved them with all her heart, she wanted more time for herself. “I love them but it sucks that I can’t go out,” she said.

In simple words, she wanted freedom.

Back in the September 2020 ep of Doubling Down with the Derricos, Darian was seen sharing to her grandmother that she did not want to do “kid stuff” anymore, and wanted to hang out with her friends.

Talking about her friend, Darian only had a few. She believed that the bigger your circle, the more people stab you in the back.

Fast forward to the July 2021 episode of the reality show, Darian tasted her first taste of freedom as she attended a summer camp with Interlochen Arts. This was the first time Darian ever got cut loose from the family, or we may as well say, from her role as a second mother.

Her grandmother also accompanied her on the trip.

As per her birthday, Darian is of the Sagittarius zodiac.

If you have are a Doubling Down with the Derricos fan, Darian Derrico’s parents Deon and Karen Derrico need no introduction. Her father was the owner of an eponymous talent agency that offered acting and film procuring classes, while her mother was busier than a bee with the household.

As for Darian’s siblings, she has 13 little brothers and sisters, namely — Derrick; Denver, and Dallas (twins); Deniko, Dariz, Dacian, and Daten (Quintuplets); Diez and Dior (triplets, one didn’t survive); and Dawsyn, De’Aren, and Dyver (triplets).

Also, Darian has a cousin named Eric Jefferson, who Deon treated as his own son. So, that would as make Eric, Darian’s older brother.

Did you know: Darian was named after her grandmother, Marian Derrico.

Also, find her on Pininterest @dariandaiderrico with 8 followers, and a self-titled Youtube channel with 69 subscribers.

Her Youtube channel then only had one video of her singing “I’m Alive” by Celine Dion. She might not be the best singer, but she sure looked cute as a button with those dance moves.

Fun Fact: Back in 2010 Haloween, she cosplayed Lady Gaga.

Darian Derrico’s days of freedom were coming close. As of 2021, she was getting close to graduating from high school. Someday, she hopes to become a fashion designer and give her competitors a run for their jobs. Also, Darian shared that despite her shyness, she wanted to write her own romantic songs, and be a singer too.

According to her mother, Darian is a cute baby who learned quickly, is smart, and is everything she prayed for. Guess this child will grow up to be even more popular than she already is now.

Darian Derrico admitted that she had a “teeny-tiny crush” on her swim instructor Hunter. However, her parents didn’t want her to date him and just allowed them to be “friends” at the moment.

Furthermore, the shy girl didn’t know what to talk about each time she stumbled upon Hunter. So, with all the restrictions and age gap, we don’t see anything happening between them anytime soon.

But there’s hope, Darian’s grandmother was helping Darian out and encouraging her to go talk to him casually. And also, Darian’s parents later formally allowed her to date, but under one condition — they would always be present during their dates, such as tables apart.

Seeing all the developments over the show, fans were happy that Darian was getting to experience the “dating life” at a young age. Also, they were hopeful that Darian wouldn’t have to become “the third parent” anymore.

As of July 2021, Darian Derrico had yet to take a boyfriend.